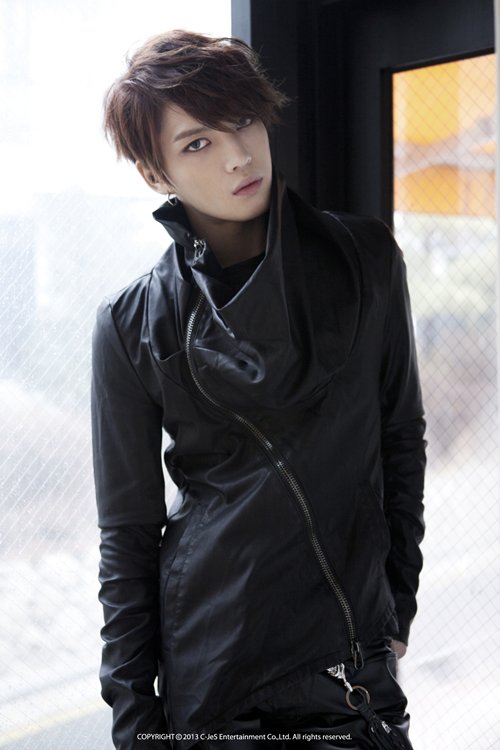 JYJ member Kim Jaejoong who made his return recently debuting as a solo artiste, expressed his reason for not using ‘Hero Jaejoong’ as his stage name.

At a cafe in Apgujeong on the 22nd of January, Kim Jaejoong had an interview for the release of his first solo album ‘I’ and expressed his thoughts on returning as his original status as a singer after a long break and his plans for the future activities.

During the beginning of the release of Kim Jaejoong’s solo album, though the topics were surrounding his deep involvement in the compositions of the songs, the topic that made others curious is why didn’t he use his own name for the album. Though it was not an unusual case for singers to release his/her own album with his/her own name, Kim Junsu who released his solo album ‘Tarantallegra’ last year, he used the stage name ‘XIA’ which was used when he debuted almost a decade ago. This caused a comparison among the two of them.

Actually the answer to the question is simply easy. Ever since he stepped into C-JeS, he has never used the stage name ‘Hero’. Kim Jaejoong made his explanation, “Junsu prefer ‘XIA’. I did talked to Junsu about this (using own name) before and Junsu himself felt that ‘Kim Junsu’ will be more suitable as a musical actor but as ‘Kim Junsu’ who sang pop music, ‘XIA’ would be more suitable.” , “In fact, it is really more suitable.”, “As for me, ‘Hero’ was a name I used during the time as five, but right now I am trying my best to find and capture my own way.”

In that case, did he take note of Kim Junsu who has successfully released his own album and had a world tour? He denied and said, “To be honest, I am very envious. This friend of mine was able to have a world tour with a full album but my situation is a bit different.”, “As I am only challenging new genre, thus I would not be bothered and Junsu would not be of a pressure factor to me.”

However, as compared to dance songs, rock music tends to be more familiar at overseas. Due to its genre, it is able to conquer the world market easily. Kim Jaejoong expressed that if he is able to fill up the songs for the concert, he would have plans for a world tour. Although it is so, the reason for not liking a world tour is simply because of loneliness.

He said, “For example in Junsu’s case, there are times where certain things are done out of own’s will. It is so lonely that it kills.’, “Junsu doesn’t drink or join in the after-party with the staffs and would eat alone and went back hotel.”

When asked “Do you drink?”, he answered “Yes” and Kim Jaejoong’s expression turn brightly with a “In that case, I won’t be lonely.”

XIA (JYJ’s Kim Junsu) recently embarked on his very first world tour after completing his solo tour across Asia. Fom New York and LA to Mexico, Brazil, and Chile, XIA performed songs from his album Tarantallegra for his international fans. The 2+ hour concerts also included his hit OST tracks, medleys from his award-winning musicals Mozart! and Elizabeth, and of course, his newest English single, “Uncommitted.” During his stay in New York City prior to his concert at Manhattan’s Hammerstein Ballroom, XIA gave MTV K an exclusive interview on what he had prepared for his fans for this tour, his thoughts on “Uncommitted,” and what it was like touring without JYJ members Yoochun and Jaejoong. 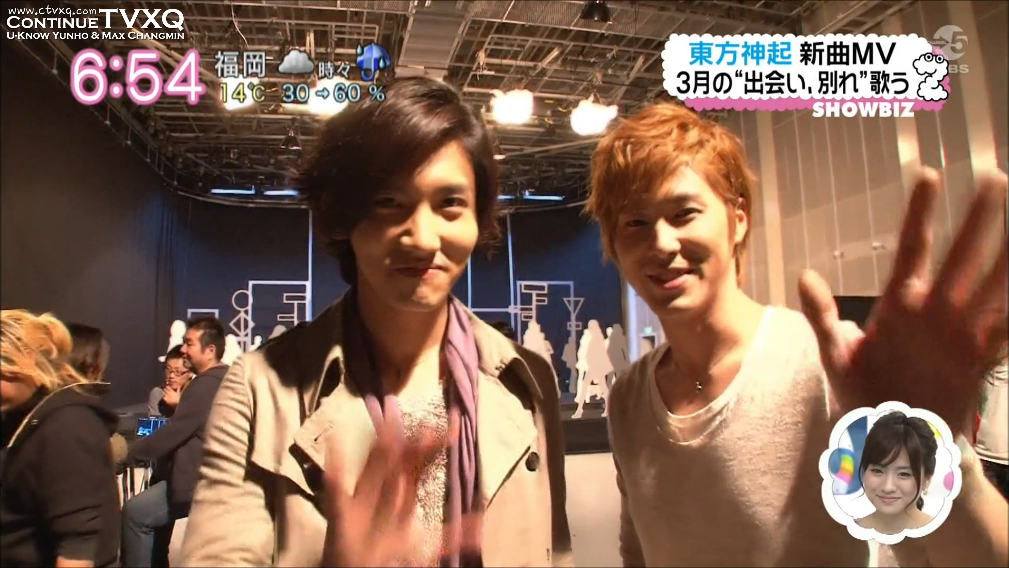 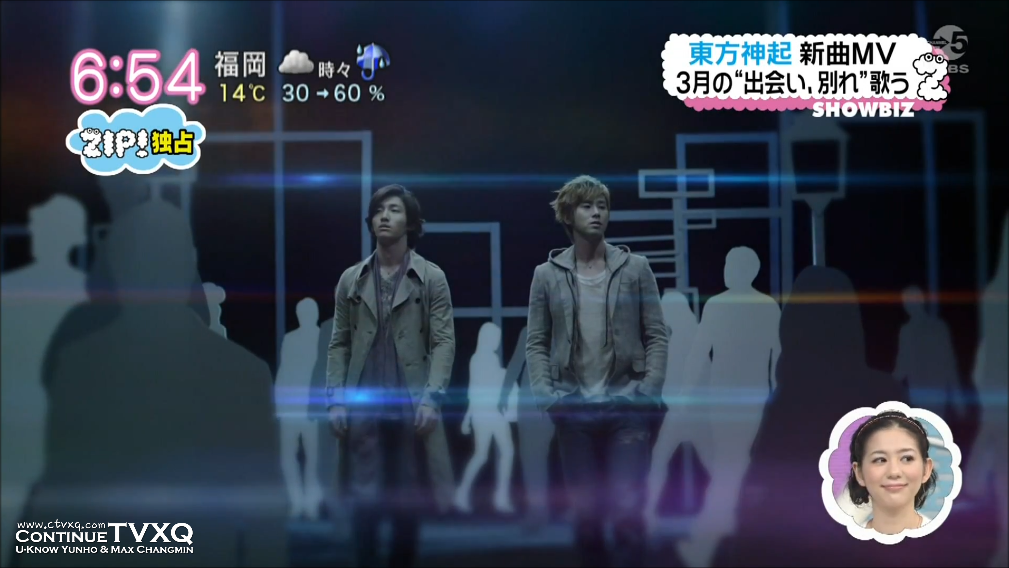 The music video of Tohoshinki’s new single “Still” (to be released on Wednesday, March 14th) has been completed and partially revealed.The concept of this music video is to express “the feeling towards a person already gone”, ” sorrowfulness”, “loneliness & fidgetiness”. In the beginning of the video, the duo carried out few acts expressing sadness, which became precious clips showing Yunho and Changmin’s charismas as actors.

The music video was filmed for one whole day in a studio located in Tokyo city at the end of January, in between their concert tour lives. Although an idea of location shooting was also proposed originally, there were concerns about the possibilities of bringing chaos to the shooting site. Therefore, the filming team eventually decided to build the stage sets, including a coffee shop, in the studio.

In a scene of walking on the street, the treadmills were used for shooting. By changing the directions of the treadmills for several times, it attempted to express an even stronger feeling of loneliness on a noisy street.

The comments from the members themselves are as follows.

” It conveys the feeling of loneliness by the scene in which there we are sitting alone in the coffee shop with a glass window facing the street that lots of people are walking on, or the scene that we are standing alone but there are many people walking around us. ” (Changmin)

” The highlight is the singing scene with sorrowful facial expressions while looking into the camera. I think it would be quite touching, as we also feel kind of embarrassed when we watch it ourselves.(laugh) ” (Yunho)

Jaejoong, There is someone out there for you. Be praying for her and for yourself, and let time bring your dreams to fruition. Momma Cha 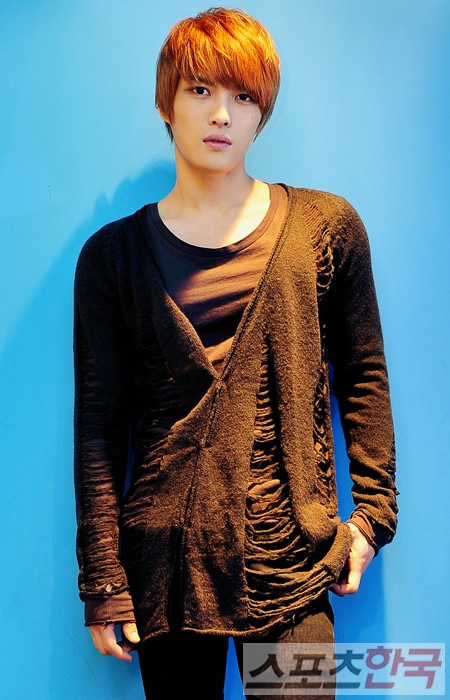 JYJ’s member Kim Jaejoong. The expression on his face, whom I met prior to the (actual) interview, was bright, and his voice was cheerful. He said that he “drank a few glasses of beer” on the interview that took place immediately prior to this one and suggested that this interview also double as a second round.

The place in which Jaejoong finished his interview with the other paper was a café in Shinmunro, Seoul. We moved to a pub in Samsungdong, where he used to live once. Inside of the car with which we moved together, he started to talk about his recent interests in order to ease the atmosphere (T/N: presumably, the reporter and Jaejoong are strangers). Actually, the talk was on the misunderstandings and the truths that mire Japan’s earthquakes and radioactivity. He struck me as a man of considerable insight. I asked him: “do you read a lot of newspapers and books?” The response that was passed to me was: “I learn more things from people than books.”

When we arrived to the pub, he poured out a few cell phones onto the aluminum table. There were six cell phones, and among them were some models that he used to use in Japan. Apparently, he does not differentiate between the cell phones as “for work” or “for family.” He also deleted many of his contacts, which at one time numbered over 1,000.

“As we push through on (only) our own strength, there was a person or two who drifted away. And, as I refrain from contacting them because I felt sad (T/N: literally, “disappointed”) (at their drifting away), it seems that the people around me are reducing (in number)… But even so, to me—I have the Members and the Fans.”

Inside Kim Jaejoong’s words were complexity. He wrote on his twitter profile “JYJ from TVXQ,” and on the day of the interview he posted a tweet reading “JYJ.” Could it be that the past and the present, the dream and the reality are muddled together?

“That TVXQ is my beginning is obvious and is unchanging. I didn’t put any other special meaning into it (T/N: changing his profile to “JYJ from TVXQ”). On posting the (tweet) that read “JYJ,” it was because upon waking up in the morning I all of a sudden felt that the whole of my life was “JYJ.” The period (at the end)? Um, that really had no particular meaning… Haha.”

In the interviews that he had with a few media sources, Kim Jaejoong brought out even private stories, such as “I’ve dated 4 women,” without concealing. He confessed his complicated and intricate family story and other things, but he said that the story that he really wanted to tell was on “music.”

“I learned so much by taking charge of all of the directing of the stage for the Thailand concert. As I took on the title of “executive director,” there were many worries. If it goes well, then it’s thanks to the staff, but if it does not go well, then it’s my fault—I had such worries too. Since I’d already made up my mind, I wanted to be responsible for everything. I went (to the venue) earlier, prior to the concert, and checked detail by detail from the placement of the stage to the routes of movement. It’s fortunate that it ended will, but in truth, it’s largely thanks to Junsu and Yoochun. Haha.”

The past 2nd and 3rd in the concert hall of Impact Arena in Bangkok, Thailand, JYJ met with 22,000 or so fans through their World Tour 2011. Kim Jaejoong, with the staff, made everything—from the lights, movement paths, costumes, and the like. To check the time that it takes to move under the stage in order to prepare for the next stage, he took at stop watch and ran (the distance) himself.

“Because I am a singer who sing songs, I’ve often thought “ah, what would it be like if there was this such part.” If I come to direct often in the future, wouldn’t I be able to create a more perfect stage?”

This World Tour will cross major cities of Asia and North America and will decorate its splendid finale on June 11 and 12th in Korea. Kim Jaejoong is a beginner director but he was confident that he will improve little by little and will become complete in the future. The surprise revealing of the self-made songs of JYJ members through the concert was also a novel present for the fans.

“As the fans also probably felt, I think that nowadays our musical color changed slightly. In the past, we didn’t have songs like “Fallen Leaves.” It is true that we wondered whether we could do a song that did not have a beat. In order to keep pursing change, I am thinking about studying harmonics. As I create songs, it seems, also, that I need the theoretical background as well.”

As time passed, as the glasses of soju emptied, inside his words was his inner heart rather than jokes. Jaejoong talked about his inner heart that he felt while looking at the incidents relating to his former agency, the few colleagues and juniors who are changing little by little, and the wall from the world that is becoming erected without his knowledge as he receives hurt. Most of all, he repeated, over and over, that he wished to do activities that are varied, like the other members.

That he had a swelled heart that hoped that when the conflict with the former agency died down, he would be able to meet with the fans often through TV– is his revelation of his true feelings. The image of Jaejoong who sometimes shows tears during fan meetings floated to my mind. At my question that asked whether he was lonely, he instead responded with laughter.

“Where and how shall I meet with fans? Actually, the majority of recent worries is precisely that. I believe that everything will be okay. I plan to sing for all of my life, I can’t become worn out. Haha.”