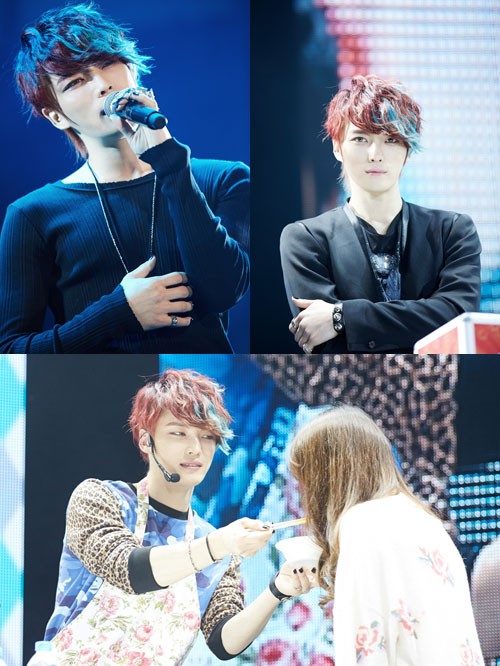 An article was released about the flood of fans that waited at the airport to see Jaejoong’s arrival in Hong Kong. They also released video footage from the airport as well. They stated, “Jaejoong has arrived in Hong Kong for his concert. There are so many people at the airport and so it was hard to film footage.”

At the press conference, many media attended from Apple Daily to Headline Daily, for a total of around 30 media.

Jaejoong commented, “This is my first solo concert in Hong Kong. I personally have been waiting for this moment for quite some time. I received much energy from fans from the airport. I hope we can make great memories together at the concert.”

His Hong Kong concert was held yesterday at the HKCEC and met with 4,000 fans. As this was his first solo concert in Hong Kong, he also held a press conference to meet with the press.

Jaejoong and his fans had a great time together as they held quiz shows about favorite food from Hong Kong. Jaejoong also cooked food for his fans as well.

After the fan meeting, he began his mini concert. As he sang, the fans sang along in Korean, showing their support for Jaejoong. He sang many of his hit songs as well as other famous Korean songs.

When singing one of his last songs, the fans surprised Jaejoong with a small event. The fans held up a huge sign that read, ‘You are in our hearts’. During the middle of the song, Jaejoong also put the mic out to the fans so that they could sing as well.

After the concert, many fans showed tears and could not leave the concert grounds. Some fans commented, “It felt like I was on a date with him for 2 hours”, “I was so happy that he finally came to Hong Kong” and “I fell in love with his live singing.”

On the other hand, Jaejoong will begin his concert in Nanjing for his world tour on April 6. 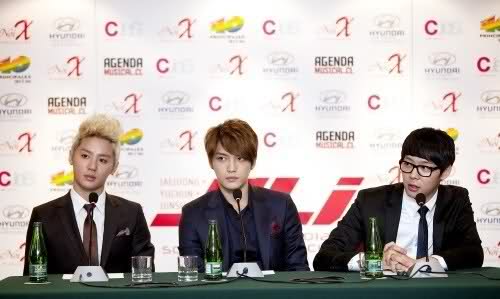 JYJ has filed a 100 million KRW damage suit against the media who earlier reported about dispute with sasaeng fans.

According to revelations in law industry, JYJ has filed a 100 million KRW damage suit on the 1st of August in Seoul Central District Court against internet media ‘D’ for reports on abusing sasaeng fans.

JYJ’s representative states that, “Without any confirmation with the party involved and to reveal illegal audio files, it is a form of defamation and invasion of privacy. We ever mentioned to media in March about filing a criminal suit against the said media but after discussion, we decided that a civil lawsuit would be more suitable to this issue. Therefore we retrieved the previous lawsuit and once again filed a civil lawsuit.”

‘D’ media reported in March claiming that JYJ members abused sasaeng fans physically and verbally and revealed a related audio file. JYJ’s representative C-JeS entertainment stated officially its strong stance against this issue and expressed that, ‘This report is a malicious report for attacking JYJ members.’ 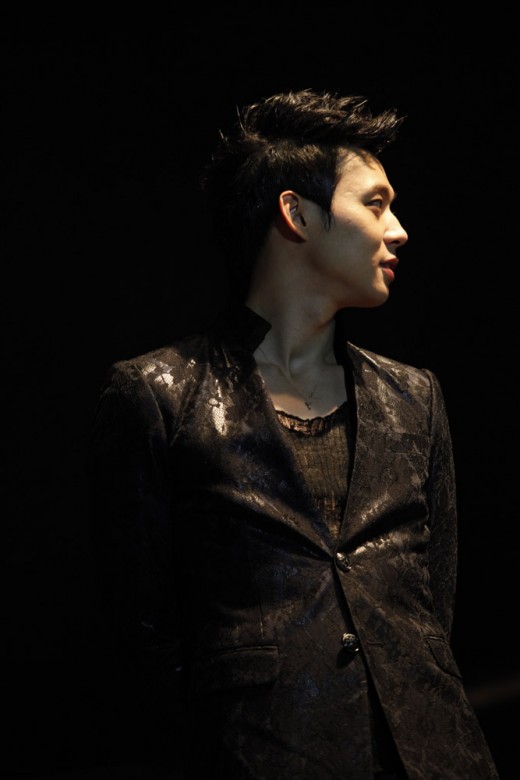 The local media of Spain is showing great interest in JYJ’s European debut. We asked them questions about what they think of JYJ and K-Pop.

At JYJ’s interview with the press on the morning of the 29th, the reporters gave JYJ a favorable review. They believe that it is an undeniable fact that the K-pop market will continue to expand, and that Korean singers are winning Europeans’ hearts with their singing and dancing skills.

Time out BCN reporter Joseph Maria Saria stated, “K-pop’s popularity has risen, and more people want to know more about it,” and “Actually, I was surprised to hear that K-pop singers would be performing in Barcelona. I was able to meet many fans as I covered the concert and I found out that they are an amazing team. It was great to meet them through today’s press conference and I can’t wait to see what they do in the future.”

When asked ‘What do you think JYJ’s strengths are?’, the reporter replied, “Above all, they’re great performers and they have an image that appeals to Europeans. In Spain, where it’s hard to find dance singers, JYJ’s intense performances are enough to attract the attention of the youth.“

They stated, “These days, K-pop’s popularity is rising amongst the younger generation all over Europe. But you can only buy albums online and there is a limited supply that is shipped to Europe. We will help the K-pop market expand here by covering this concert and raising people’s interest in K-pop.”

When asked, ‘Has Korea’s image changed in the eyes of Europeans because of the K-pop craze?’, the two people said, “Listening to K-pop, the younger generation now want to visit Korea, are curious about the Korean culture and have begun wanting to learn Korean. Most of the articles that could be found in Europe before the K-pop craze began were negative articles related to North Korea’s nuclear weapons, but now, articles about K-pop have increased and people are beginning to think of Korea in a more positive manner as they search for articles on Korea and begin to learn about the country. JYJ’s Spanish concert holds a special meaning for Spain’s Korea fanatics as the nation has become JYJ’s starting point for their European tour.”

She said, “J-pop has unique rhythms and melodies. K-pop’s beats are similar to that of pop music yet it still has its own Korean characteristics. The familiar yet new feel of the songs is what I believe is appealing to the younger generation.”

Regarding the reason why she was covering JYJ’s concert, Hearst Sociedad y Corazon’s Maria Jose emphasized, “These days, I’ve felt that the musical preferences of the younger generation has changed. I wanted to see if K-pop played a part in that change. Also, it’s quite unusual to see a singer from a country that isn’t well-known in Spain to come here to hold a concert.“

When asked, ‘Is K-pop growing in Europe?’, she said, “The younger generation of Spain began taking an interest in Asian cultures, which are harder to experience here than European cultures. One aspect of those new cultures was K-pop and as people begin to learn more about Asian cultures, K-pop will become more known and influential. But at this moment, it isn’t a grand spectacle yet. To be honest, I didn’t know much about JYJ before I came here. But what’s important is that K-pop is very upbeat and full of charm.”

The Spanish reporters all asked JYJ the same question of if they think they can be successful in Europe. To this, JYJ replied, “We don’t think there are as many of our fans in Spain as there are in Asia. That’s quite obvious. But we’re extremely grateful of and surprised by the fact that our fans here have been supporting us from halfway across the world. We’re so glad to be in Spain, we’re excited about today’s performance, and as this is our first European performance, it will stay with us for a long time. We think our success depends on what we consider being ‘successful’. We want to succeed. For us, the measure of success will be whether or not our fanbase here increases in size through attending our concert and listening to our songs.“

The JYJ press conference ended in success with more than 30 Spanish reporters showing up to interview the group.

The links for this article are not working on this site so I am directing you to access this article at www.jyjfiles.wordpress.com Momma Cha

← [News] JYJ’s Foreign Fans, “Unilateral Cancelation of Broadcast, Disrespect toward Viewers”[News] Who is the Real Culprit Disgracing the Korean Wave? →

INSTRUCTIONS:
Look at the List of Contacts of email and mailing addresses of top American newspapers and television shows
Pick at least one newspaper AND one TV show
Fill in the provided template letter or write your own letter (Note: THE TEMPLATE LETTER IS ONLY FOR NEWSPAPERS*) and send it to your chosen newspaper(s). Likewise, send an email or snail mail to your chosen TV show
Repeat frequently

* We have not prepared a template letter/email for TV and news shows because each show has a different policy in terms of email/mail format that they accept. Many have character or word limits that vary one from the other. Therefore, we have decided to leave it to your discretion when contacting TV shows. Emphasize the points you find important from the template letter (or points we may have overlooked) and be creative! ^^

[Download letter template]
[Download list of U.S. media contacts]
* Canadian fans: Please provide us with links to Canadian newspaper/television/media contacts in the comments below or email them to us. We would be happy to post them up as well =)