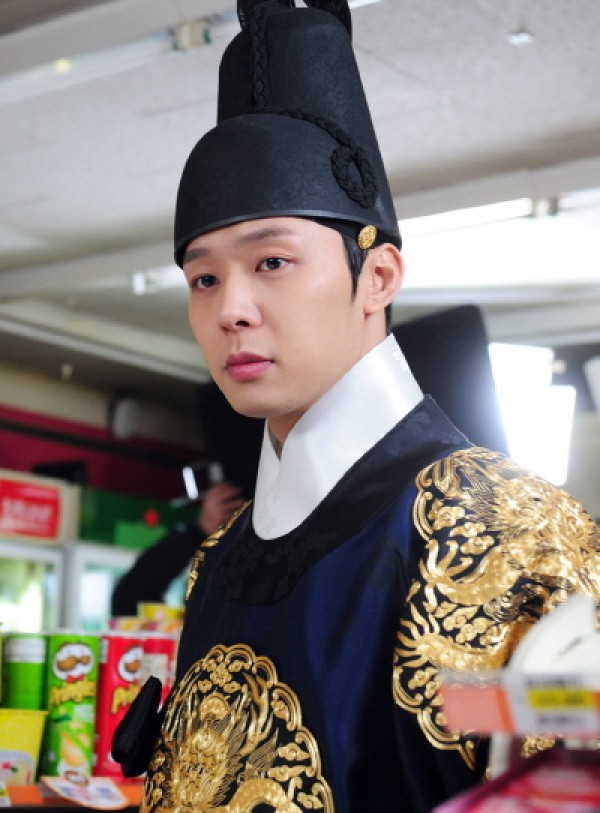 JYJ’s Yoo Chun is always considerate of his fans.

On February 27, SBS TV reported that Yoo Chun never forgets to take care of his fans despite his busy schedule for his new drama series The Rooftop Prince.

On February 25, he even attended a fan signing for a franchise restaurant, for which he’s working as a model with Song Seung Hun and Kim Tae Hee 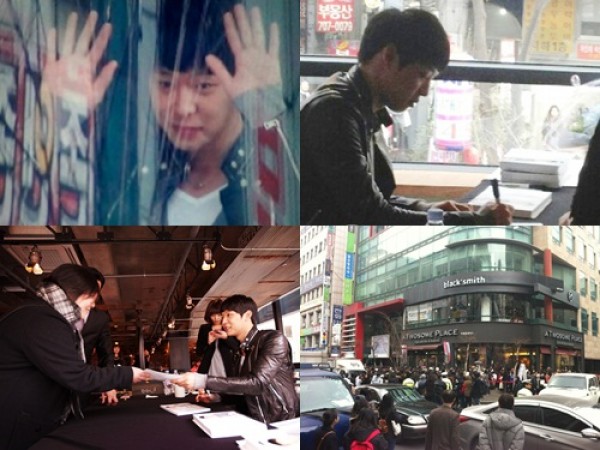 Receiving the news that one of his fans opened the franchise, he willingly held the singing on the day of its first opening.

As the signing started, he signed autographs for his fans, asking their names and saying hello to them with a smiling face.

Yoo Chun also gave a sweet smile to his Korean, Chinese, and Japanese fans, who had waited for him since a day ago, and didn’t forget to leave some messages at the restaurant, wishing its prosperous future.

The crew of The Rooftop Prince say, “Yoo Chun is always being considerate of people around him although he is having a hectic schedule. Thanks to him, we believe that this drama series will be loved by a lot of people.”

Yoo Chun is playing the role of prince Lee Gak, who came to the present from the Joseon Dynasty period of 300 years ago, in The Rooftop Prince. The Rooftop Prince will start airing on March 14 after Please, Captain goes off the air.

Trans] 110929 Park Yoochun, The No. 1 Considerate Man Who All Fans Want To Marry 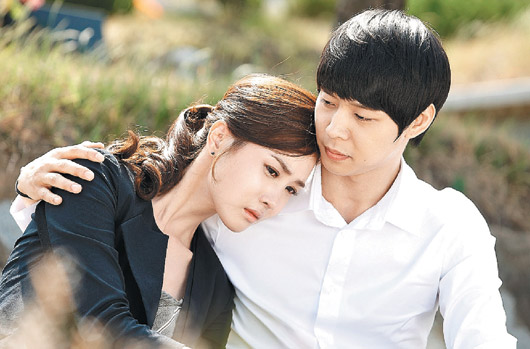 (T/N: This is an article from the Taiwanese press)

In the Korean drama “Miss Ripley”which is being aired on cable tv, Park Yoochun stands by female lead Lee Dae Hae’s side, an emotional character which has won the hearts of the female viewers. After watching his performance, females fans cannot help but cry “Such a perfect character, he’s too charming, I want to marry him!” In and outside of the drama, he shows a very considerate side, and in a recent poll on a Korean website, he was also voted as the “Male Celebrity Who Would Be The Best Agony Aunt” and he won by a large margin, followed by Lee Seung Gi and other artists.

Park Yoochun challenged acting for the first time last year, and produced good results. After “SungKyunKwan Scandal,” he received several awards, and in the Seoul Drama Awards this year, he beat Hyun Bin, winning the title of “Best Hallyu Actor,” receiving validation for his acting skills. With his English speaking skills, in “Miss Ripley” he plays the role of a young boss in a conglomerate, and in one scene,  spoke English in a speech which lasted three minutes, showcasing his speaking abilities and leaving everyone both shocked and impressed.

As a member of JYJ, Park Yoochun is passionate about music. With fans all over the world, he flew to Thailand last week and attracted a crowd of over 3,000 fans at the airport. He said happily, “I came to Thailand during our concert tour, and during then, the fans’ enthusiasm. I’m really thankful that they are still showing me the same kind of support now.”

Another member of JYJ, Kim Jaejoong, has also embarked on his acting career. Currently, he is tirelessly shooting for the Korean drama “Protect the Boss,” and he previously mentioned that he had asked the busy Yoochun for advice on “how to endure not sleeping.”