[TRANS] 131224 Photographer Cho Sun Hee Takes A Photo With Park Yoochun, “We Started Laughing When We Felt A Connection” 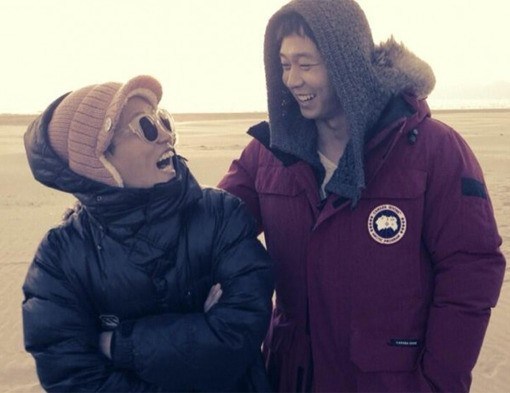 The photographer posted the photo on her personal Twitter account with the caption, “It isn’t easy for a photographer and her model to connect and understand each other completely. But I think such laughter can be caught on camera when the two feel a connection. I’d like to thank Yoochun for really getting into it, despite the cold weather by the sea.”

The photo shows Cho Sun Hee and Park Yoochun facing each other and laughing. The desert-like background behind them and their padded jackets give off a sense of closeness between the two people. Their bright expressions as they face each other are the focal point of the photo.

Netizens who saw the photo left comments like, “Park Yoochun looks great,” “I can’t wait to see the final product of Cho Sun Hee and Park Yoochun’s work together,” and “I wonder what they were working on?” 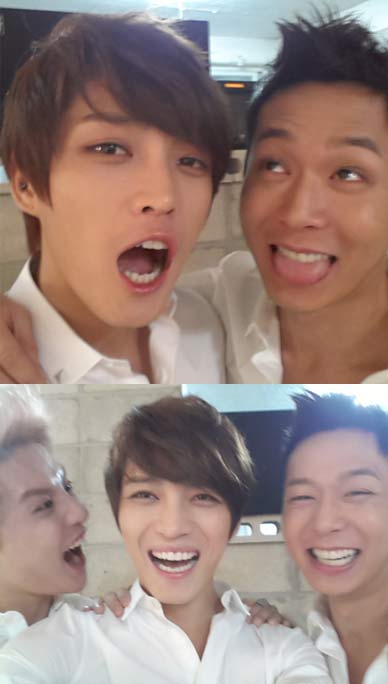 JYJ members’ funny selca were revealed on the 18th when Kim Jaejoong uploaded on his own Twitter the message, “Suddenly came and said, ‘Hyung, let’s take a selca!’ And it became like this.”, revealing the photos with Park Yoochun and Kim Junsu.

In the photo, it can be seen that Kim Jaejoong had a big laugh due to Park Yoochun and Kim Junsu’s unexpected expressions. 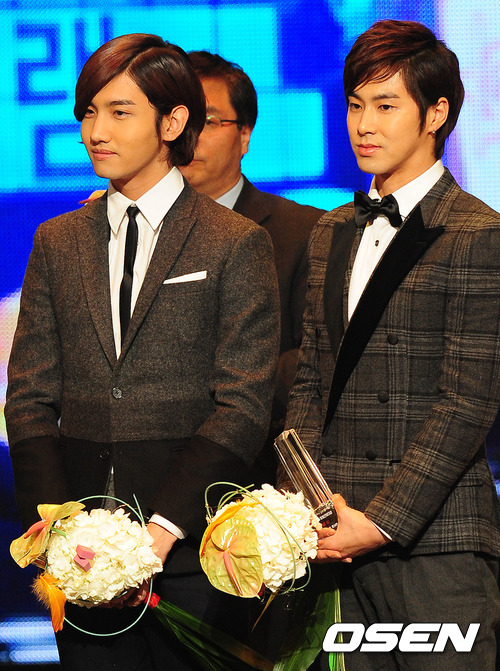 Group Tohoshinki is having a free live broadcast of their concert performance for the sake of residents in tsunami-stricken areas in Japan.

According to Japan’s representative music site Oricon on February 24, Tohoshinki will be having a free live broadcast of its nationwide tour concert performances at movie theaters in the northeastern affected districts in Japan on March 10.

Representatives of Tohoshinki explained the background context behind these plans, “It was because, even if it made just a little difference, Tohoshinki wished for the residents in the affected areas in Japan to be able to find some laughter and be healthy.”

Apart from including the residents of the relevant districts, this event will also see students being invited to the live broadcast of Tohoshinki’s concert for its Japanese nationwide tour on March 10.

Meanwhile, Tohoshinki is currently on their nationwide tour around 11 cities in Japan, having started on January 18 in Japan’s Yokohama Arena. This tour has received a huge response, with approximately 550,000 local fans being mobilized.

Max Changmin Non-Stop Laughter
It’s so good to see you laughing Baby. Yunho too. Changmin, you always did have a unigue sense of humor. Laughter heals. Momma Cha