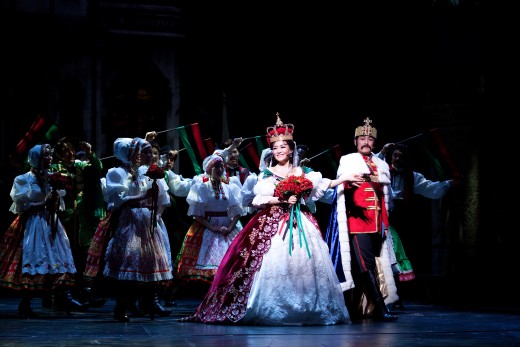 On 14 March, “Elisabeth” became a topic of discussion after it ranked 1st, in Interpark’s daily, weekly, monthly and yearly sales charts among 342 musicals.

The margin between the musical which ranked 2nd on the weekly charts with a sales figure of 4.7%, and “Elisabeth’s” 18.7%, proves “Elisabeth’s” exceptional popularity.

Although “Elisabeth” is being performed for the first time locally, it has been receiving much attention since a few years ago, for being the most anticipated production, catching the eyes and ears of audiences. After it opened, the response was explosive, and the seats were all sold out for consecutive days.

“Elisabeth” not only beat anticipated musicals such as “Notre Dame de Paris” and “Wicked”. It also surpassed “Doctor Zhivago”, which has received much interest as it features Jo Seung Woo, and French musical “Mozart Opera Rock”, to be ranked 1st on the sales charts.

Top actors and actresses including Kim Seon Young, Ok Joo Hyun, Ryu Jung Hwan, Song Chang Ui, Kim Junsu and Park Eun Tae showcase large-scale performances which encompass both perfect performances, and an ever-changing stage. Under the glamourous theme, the musical depicts the story of a true character, Queen “Elisabeth” from the Imperial House of Habsburg in Austria, and a fictional character, “Death”, who is in love with her beauty. The musical, which has both the elements of beautiful music as well as harmony, has been highly acclaimed worldwide for this reason.

Relevant personnel from Interpark expressed, “Not only were the presale figures very high, the response from the audience in the stands has also proven it to be the a top performance. Applause sounds after every scene, and the entire audience gives a standing ovation each time. This surprised even the members of the musical industry. Also, it has been a long time since a musical has had shows which sell out on both weekdays and weekends, irrespective of how the cast switches around.”

A member of the audience who watched the performance expressed, “It was large-scale, and with the actor’s and actresses’ good acting skills, coupled with their singing abilities, I think it was well-worth the money. It feels like I’ve been compensated for the high ticket price.” This member of the audience also said, “It is an interesting musical which is rare nowadays. I would recommend it to my friends, and I feel like watching it again and again,” expressing her satisfaction after watching the musical.

On another note, the musical “Elisabeth” will be holding performances at the Samsung Hall in Blue Square, Hannam-dong, till 13 May. 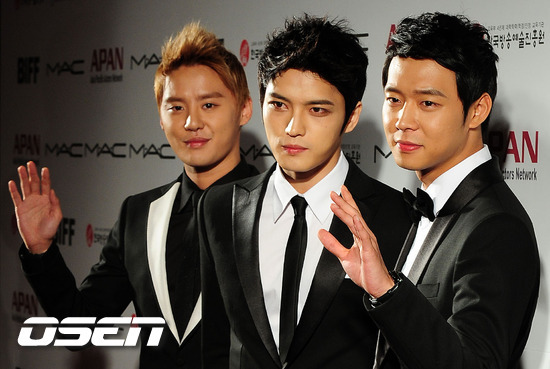 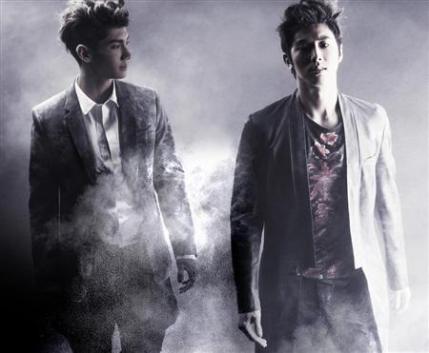 TVXQ (pronounced “Dong Bang Shin Ki”) is still making waves in the Japanese music industry. The male duo released its new album “Ton” on Sept. 28 and it promptly hit No. 1 on the Japan Oricon daily sales chart, a position they continue to hold.

In its first full week of sales, “Ton” sold over 250,000 records and secured the No. 1 sales ranking on the weekly sales chart as well. With this fete, TVXQ has become the overseas artist with the highest album sales in Japan during its first week of release. In fact, this K-pop boy band is only the second overseas artist to achieve album sales of more than 200,000 during its first week. The previous holder: Bon Jovi, who sold a little over 200,000 copies with its 2000 album, “Crash.”

TVXQ is also the top overseas artist with 9 weeks spent atop the Oricon weekly singles sales chart. This K-Pop group suffered a setback in 2009 when three of its original members jumped ship, however, the Japanese public’s continued support can be clearly seen through these recent album sales figures. TVXQ’s current members are Yunho and Changmin.

As one of the best loved faces of the K-Pop movement, TVXQ is set to headline Billboard’s first K-POP Masters Concert in Las Vegas, scheduled for Nov. 25. The show will be sponsored by the MGM Grand Garden Arena and will feature many of K-Pop’s brightest stars. More details can be found at kpopmasters.com and facebook.com/KPOPMasters.

Huh Gak, the winner of season two of the Korean “American Idol”-like show called “Superstar K”, has attained the No. 1 position on the Billboard K-Pop Hot 100 weekly singles chart for the second consecutive week with “Hello,” the title song off his most recent EP. “Hello” is a medium-tempo ballad song about a breakup. Huh Gak’s vocal ability has increased substantially since he won “Superstar K,” and he puts it to great use in this track drawing out the sorrowful sentiment in the song’s listeners.

When asked about the secret behind his son’s success, Huh Gak replied, “Everyone has at once time experienced love and the ensuing separation. I believe the lyrics of this song draw on those cherished past memories lying dormant in my listeners. Whenever I perform this song, I try to immerse myself in the song and take my listeners with me.”