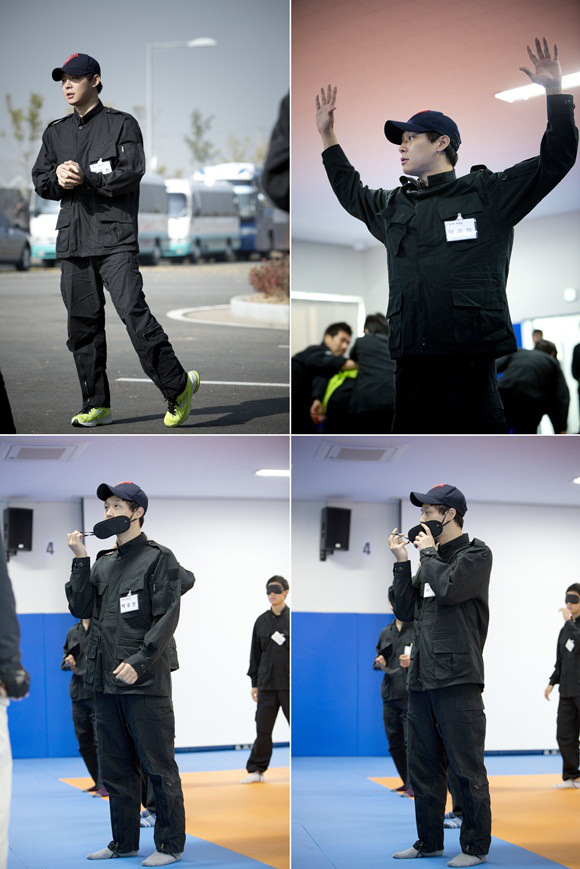 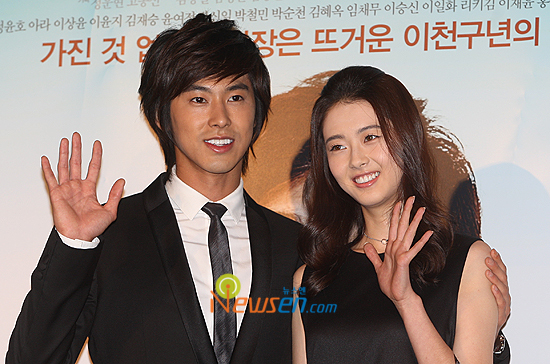 Korean movie “Papa” is about Chunseob (Park Yong Woo), a manager who goes to America in search of a junior manager who ran away with a singer. He then finds himself in an unexpected contract marriage which results in the birth of six children.

Go Ara plays the role of Chunseob eldest daugher, Jun, who posesses good singing ability, and becomes a star in the US. Ara said, “For about 2 months prior to filming, I practiced dance, the guitar and singing,” and “(prior to debut) I had trained with 2 members of Girls’ Generation, so that experience was useful in the filming of the movie.”

Labelmates BoA and Yunho of TVXQ from SM Entertainment, gave her dance and acting advice. “BoA came to the filming site to teach me English. Also, ‘masculine’ dancing was required in the film, so it was not easy to do. I met Yunho in the office once or twice, and he helped to check my dance, telling me ‘You must put in your utmost effort.’ “

Sexual overtones, lack of diversity among challenges to overcome

Since the Korean pop music idol group’ concerts in June in Paris, the K-pop industry is leading a second Korean Wave around the globe. This is the last installment of the two-part series of articles looks at the bright and dark sides of K-pop, respectively. ― Ed.

The K-pop boom and the popularity of Korean idols are often attributed to Korean entertainment agencies’ tough training that nurtures talented aspirants and turns them into global idol stars.

However, what one person might see as “passion and devotion” for practicing singing and dancing for long hours every day can be viewed by another as “exploitation” of young aspirants by management agencies. Girl group KARA, who were once embroiled in a dispute with their management agency over a contract, performs at the 2011 Korean Music Wave Festival at the Incheon Munhak Stadium on Aug. 13. (Incheon Tourism Organization)

As more K-pop idol groups perform overseas and become exposed to the international entertainment business, hidden sides of the K-pop in terms of harsh labor conditions will surface, one critic said.

“When they (Korean idols) go overseas, the first thing they will see is the different perspectives on their work. Those considered as a typical practices in Korea are not really typical practices overseas. If your contract says you’ll work only eight hours a day, you don’t work longer than that overseas,” pop music critic Cha Woo-jin said.

“In Korea, part-timers in the entertainment industry work as if they were ‘volunteering.’ They often travel to remote areas and stay the night frequently without extra pay. But in advanced countries, employers’ contracts with part-timers are strictly adhered to. Otherwise, employers can be sued and fined.”

The tight performance schedule of Girls’ Generation in June led many fans of the girl group and Internet users to wonder how the group managed to cope.

According to the official schedule disclosed on the group’s website, Girls’ Generation’s concerts and entertainment activities were as follows: “MJ presents special” on June 8; “Samsung Taiwan Anniversary” on June 9; “SM Town in Paris” on June 10-11; “NHK Music Japan” on June 12; a five-day break; “Japan Arena Tour” in Tokyo on June 17-18; “MTV VMAJ Fan Meeting” in Chiba on June 25 and another “Japan Arena Tour” in Tokyo on June 28-29. The nine members of the girl group have not complained about the schedule, though.

The tight schedule for performances and events was the major cause for former TVXQ members taking legal action against S.M. Entertainment. Junsu, Yuchun and Jejung ― who later split off to form JYJ ― had claimed in a 2009 lawsuit that they were forced to perform too many shows under an excessively long 13-year contract.

An entertainment industry insider, however, asked why people think training an athlete and training a singer are different.

“Korean people don’t raise issues with tough training and long workout hours of a national sports star striving for a gold medal. Why can’t K-pop stars be regarded as the same?” said an industry insider who requested anonymity.

“The hard and tough training system is the driving force of the K-pop boom.”

“Setting a family-like relationship with the idols effectively blocks criticism that they love them because they want to actually touch and hold them,” the writer said.

Will Cote, a 28-year-old lecturer at Sungkyul University, raised issues with what the expatriate called the “superficial appearances and robotic dances” of the K-pop idol groups.

“To me, it sounds all the same and pretty superficial.”

He added that K-pop bands seemed to have been created by entertainment agencies to make money and that they only appeal to teenage groups.

“I’d rather call trot music more Korean. It’s old-fashioned but I like music to have deeper meanings to it,” he said.

Lack of diversity in terms of musical genre is another challenge that K-pop needs to overcome, experts say. When people refer to K-pop, the music of indie bands, folk singers and rock groups is still excluded from the discussion.

Although there were some bands holding a showcase in Japan or in Southeast Asia recently, the proportion of such rock bands is only a fraction of K-pop idol groups who have a strong impact and presence in the global market.

On the Gaon Chart, the national Korean pop chart, almost half of the top 100 songs in July were by idol groups. The rest were either cover versions featured in the MBC reality show “I Am a Singer” or songs co-produced by hosts of the MBC program “Infinite Challenge.”

In terms of indie or rock music, only three songs by indie band 10 cm were on the list but that was because the group was featured in the MBC program “Infinite Challenge.”