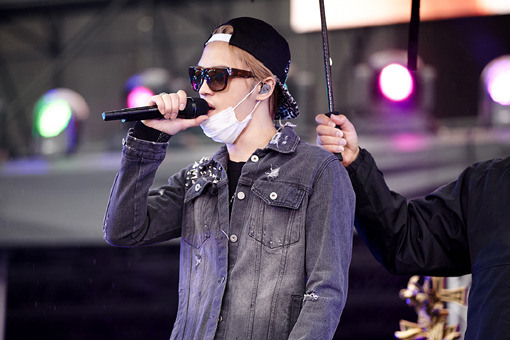 Kim Jaejoong kicked off his [2013 Kim Jaejoong 1st Album Asia Tour Concert] at COEX on the 2nd and 3rd of November last weekend.

Kim Jaejoong will be performing in Yokohama, Japan on the 15th and 16th of November, and will then move on to Taiwan on the 23rd of November. We would like to notify you of the ticket reservation schedule for his Taiwan concert.

Ticket reservation site link: http://www.walkieticket.com/
and every convenience store of 7-11 in Taiwan 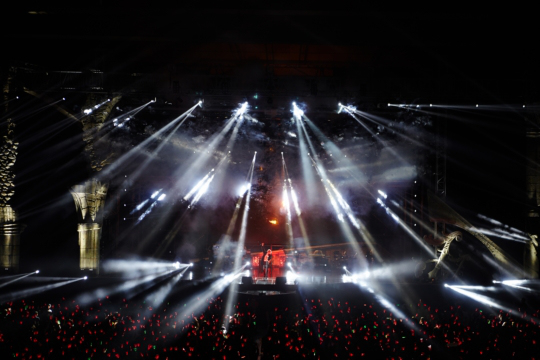 He was off with a bang from the very start. The lights were turned off inside the venue and once the video began playing, fans turned on their red light sticks and created a sea of red. The singer had everyone gasping with the sheer scale and stage effects of his first performance of the night. When the music for ’9+1#’ began, all the fans got on their feet, something that usually only happens halfway through a normal concert. And it wasn’t just the people sitting in the front. Everyone, all the way to the back of the seating arrangement, got up. This is the power of Kim Jaejoong.

After his performance, Kim Jaejoong joked and had everyone laughing when he said, “There’s something different from last night. I even see someone wearing hanbok (traditional Korean attire)? The atmosphere is quite different from yesterday. Yesterday, people were just sitting, even during the more upbeat songs. Halfway through a song, I had to ask everyone to get up. I think most of the people in the audience yesterday were in their 40s to 70s. So thank you all for screaming and cheering so loudly tonight.”

Kim Jaejoong then moved on to performances of ‘Rotten Love’, ‘Kiss B’, ‘Now is Good’, ‘It Used to Be’, ‘Sunny Day’ with Lee Sang Gon (Noeul), and ‘Luvholic’ with Gummy. Kim Jaejoong also performed his personal favorites such as ‘Glamorous Sky’, a song composed by Japanese rock star Haido, and ‘Ultra Soul’, which was sung by Japanese group B’z, as well as ‘Makeup’, which he translated the lyrics of himself. 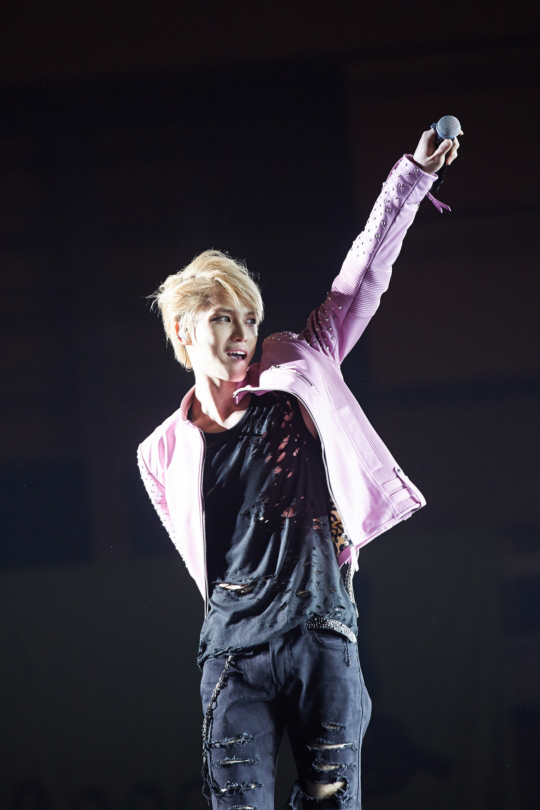 ◆7+7 = Kim Jaejoong
Even from the very beginning, he caught the attention of every person in the room. Kim Jaejoong appeared in a jacket covered in black feathers. Capturing the hearts of the audience with a revealing outfit, Kim Jaejoong went full-force from the get-go, as if he was repaying the fans for their applause. The singer acted cute and said, “My outfits a bit… I’m sorry but I don’t have anything else to change in to. You want me to take it off? You probably want that, don’t you? Then you all have to strip too. Why should I be the only one who strips?” Kim Jaejoong even casually took off his jacket and got changed on stage, showing how relaxed a 10-year veteran could be.

Having already announced that he wouldn’t hold back in the night’s performance as it was the last performance in Seoul, Kim Jaejoong’s true talent as a rock star shone through in ‘Light’ and ‘Glamorous Sky’ Wearing a pink leather jacket, Kim Jaejoong traveled a lap around the concert venue on a moving stage to check the reaction of his fans. During the concert, Kim Jaejoong went backstage with a camera to have a sincere chat with his fans. He sang Gummy’s ‘I should have at least become your friend’ and performed the ‘Gwiyomi Song’ up to 7+7, giving it his all.

◆An honest story about love
Through videos that were shown during the concert, Kim Jaejoong took some time to make honest confessions about his thoughts and feelings. Born in 1986. 28 years old in Korean age. With his 10th anniversary coming on the 26th of December, Kim Jaejoong has gotten more honest and more daring. He didn’t hold back in expressing his thoughts about being an idol and about his love life. Seeing idol singer Kim Jaejoong like this may have seemed strange to many. But his sincerity got through to his fans. Autumn is usually the season of emotions, and it may have been the season to discuss love.

Kim Jaejoong said, “I want to be called an idol singer forever. I’ve never once wanted to shed that title,” and expressed his satisfaction about his life. Regarding love, Kim Jaejoong honestly confessed, “Now that I’m 28, I’ve become a little more relaxed about things. A lot of people around me are getting married, but I don’t have any thoughts about marriage yet. I do want to date though. The hardest thing in the world is talking about love. I’m scared of loving someone because I’m scared of what happens when you break up with that person. So there are many times when my love ends after a quick burst of emotion. But I still want to fall in love. How could you ever survive without love for a single day?” Kim Jaejoong’s fans gave a slightly chilled response of, “Can you not,” and had everyone there chuckling. 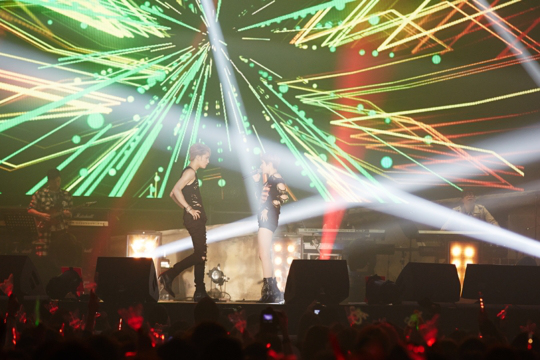 ◆A stage that is undisputedly perfect
The concert started and finished with love, the theme of Kim Jaejoong’s latest album ‘WWW’. The singer wrote lyrics for ten of the tracks in the album, and expressed everything from a first love’s racing heart, a sorrowed story of a lost love, a strong love for his fans, and the pain of a twisted love. The lighting equipment and concepts seemed to reflect these emotions perfectly to create a drama.

3D VJ videos played on the 12m-long, 21m-high LED and various LED screens and curtain LEDs that were installed on stage during his hard rock performances, and the special effects and music on the 70m-long stage had the fans cheering. During his grunge rock and pop rock songs, the stage seemed to transform the venue into a rock festival.

◆Even the guests who attended were off the charts
Even the guests who attended the concert shone brightly. Kim Bum Soo and Moo Myung Jin performed with Kim Jaejoong the night before, and the singer was joined by Lee Sang Gon (Noeul) and Gummy on the 3rd. Lee Sang Gon had the audience laughing with witty comments like, “I’m a bit nervous, so I’m going to drink some of Jaejoong’s water,” and also sang ‘Proposal’ because, “Jaejoong’s future wife might be in this very room right now.” He had everyone cheering as he took on a song that is difficult enough for four people to sing, let alone a single individual.

Gummy didn’t disappoint either. Appearing for the first time since moving to the same agency as Kim Jaejoong, Gummy appeared with a powerful burst of energy that filled the venue. Gummy had everyone cheering with a rendition of her song ‘Childish Adult’ and ‘Snowflake’, her OST for the SBS drama ‘That Winter, the Wind Blows’. They were also joined by Hong Seok Chun in the audience, who got up during the ‘Innocence and Impurity’ dress code event and began appealing to the camera. Seeing this, Kim Jaejoong shouted out, “Stop it, baby!”

(10:44am KST, LINE) [Official] Tonight at 8p.m., ticket reservations for the [2013 Kim Jaejoong’s 1st Album Asia Tour] concert in Seoul will be held on Interpark. You’ll be able to check out the specific details of the concert on Interpark this afternoon^^ www.interpark.com
And!! Finally! The first teaser image for Kim Jaejoong’s solo album will be revealed tomorrow. Please anticipate it~~!