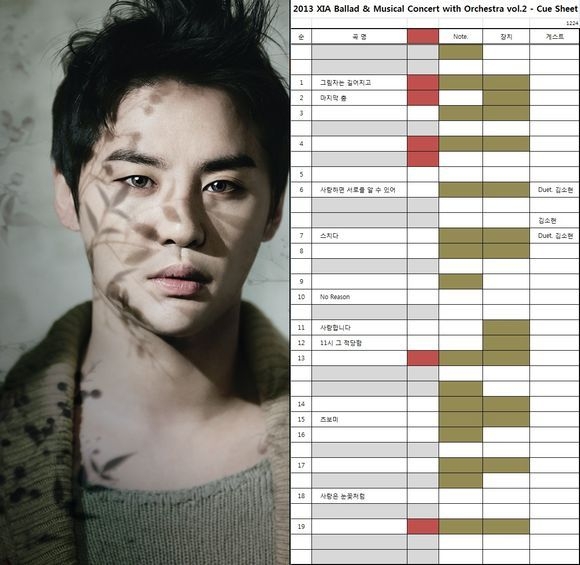 A representative of C-JeS Entertainment stated, “Since releasing his second album on the 15th of July, Kim Junsu has successfully toured four cities in a month. Starting in Bangkok, Thailand and moving on to Shanghai, China, and Seoul and Busan in Korea, Kim Junsu has been praised for his ever-evolving stages. Not only did he pull off a perfect performance, but his idea of granting three wishes every concert has been met with an explosive response as a great idea for fan service. The first act of Kim Junsu’s second solo album tour has come to an end.”

This latest tour was named ‘XIA 2nd ASIA TOUR in BUSAN’. The day’s performance was composed of a setlist containing songs from his first and second album, as well as his OST songs. Kim Junsu performed heart-wrenching ballads such as ‘Sorry’, ‘Don’t Go’, and ‘Love is like a Snowflake’, as well as explosive and energetic songs such as ‘Turn it up’, ‘Incredible’ and ‘Fantasy’ with Jeri Slaughter’s dance crew to create the perfect concert.

With Kim Junsu’s concert being held in the city of passion, the response he received was out of this world. Even before the concert had begun, fans began chanting Kim Junsu’s songs together and during the concert, they responded to Kim Junsu’s each and every move. When Kim Junsu sang ‘I’m Confessing Right Now, OK?’, fans held placards that said ‘Junsu, Thank You’ and when he sang ‘Sorry’ for his encore, they all switched to blue fanlights to create a sea of blue. In response, Kim Junsu bowed before the song and said, “Thank you for the blue ocean.”

During ‘Genie Time’, when Kim Junsu granted his fans’ wishes, he sang ‘Golden Star’ from the musical ‘Mozart!’, as well as first part of ‘Cherry Blossom Ending’. The most special wish an encore of ‘Incredible’. The fan had fallen in love with the upbeat rhythm and powerful choreography that had everyone in the venue getting up to dance, and Kim Junsu got back on stage after the concert was over to perform the song a second time.

Jeri Slaughter made a surprise appearance on stage and said, “This is the first time I’ve stepped on stage since Janet Jackson’s concert four years ago. I did my best because I was so impressed by Junsu’s care and attention for his fans. The fans’ reaction and response was amazing. It was an incredible moment! Kim Junsu’s music is a never-ending story. His passion will never die.”

Kim Junsu expressed his gratitude and said, “I believe that releasing albums and holding concerts is a way to repay you all for the love you have given me. Though I became a singer because I love to sing, singing would be meaningless if there were no fans. As long as there are fans out there who want to listen to my music, I will always be here to sing for you.”

Meanwhile, Kim Junsu will now be returning to the stage as a musical actor for the musical ‘Elisabeth’. He plans to kick off the second part of his tour in Sydney, Australia on the 28th of September. 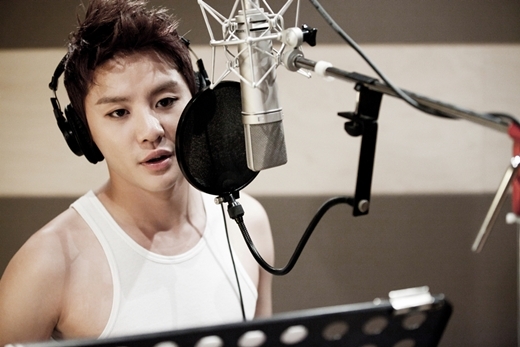 JYJ’s Kim Junsu has become a hot topic for participating in the OST of the KBS2 drama ‘A Nice Guy Found Nowhere on Earth’ with ‘Love is Like a Snowflake’.

Kim Junsu’s voice was revealed during the preview of the upcoming episode at the end of the fourth ‘Nice Guy’ episode. Though the singer’s name wasn’t included in the ending credits, viewers were easily able to identify Kim Junsu’s unique voice and began spreading the news that, ‘Kim Junsu is singing a song for the drama.’

Kim Junsu’s agency C-JeS Entertainment stated, “Kim Junsu participated in the ‘Nice Guy’ OST with the song ‘Love is Like a Snowflake’. It will be released on various online music sites on the 26th. The song is a ballad that depicts a man who craves to be loved after losing the love of his life.”

Kim Junsu stated, “I sang as if I was a man crying out for love. I hope it and the drama will receive much love from the public his autumn.” Kim Junsu’s last OST for the SBS drama ‘Scent of a Woman’ became a big hit and his special edition OST CD for the musical ‘Elisabeth’ is topping charts.

A representative stated, “With some of the best vocal talent in Korea, Kim Junsu will help us create a OST for the drama of a very high quality. We’ve already been receiving a flood of questions about the OST.”

Meanwhile, ‘Nice Guy’ has become the most watched Wednesday-Thursday drama in only four episodes with 13.3% viewership ratings.