Despite all the hoopla–JYJ deserved this award. Fighting Guys!!! 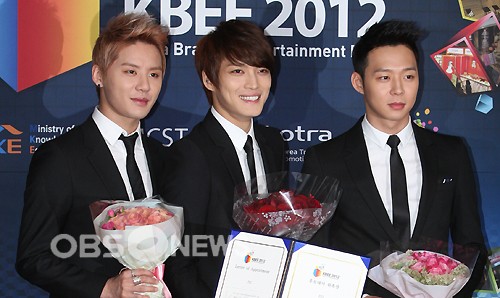 [Trans] 120424 Tohoshinki, Sing Their Hearts Out During The Finale Of Their Nationwide Tour 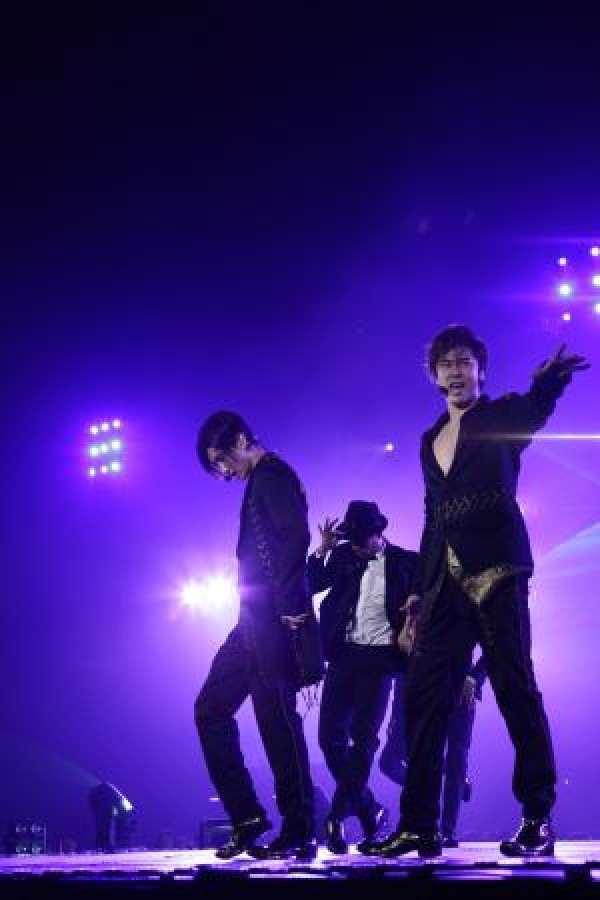 Popular male duo, Tohoshinki, held the finale of their tour, which attracted 550,000 audiences, at the Kyocera Dome Osaka on 23 April.

This is their first nationwide tour since the duo restarted activities in Japan in January 2011. Yunho (26) and Changmin (24) said, “As this is the finale, we will be even more passionate than usual, and give it all we have!” and showcased their explosive power from the first song onwards. As the fans were extremely passionate, Changmin said, “Everyone is too hyped up. It’s noisy!”, making the entire venue burst out in laughter. In addition, there was also an incident where Changmin had a cramp in his left foot during an intense dance track. The duo performed 25 songs, including their new single “Still”, passionately in front of an audience of 45,000.

Changmin expressed his gratitude to the fans again, “Today is the finale, but it became a time when we really feel how fortunate we are.” Yunho, who teared during the Tokyo Dome concert on 15 April as he was so overcome with emotions, gave a message to the fans which also sounded like something he was saying to himself. “It is a pity (that it is the end), but it’s alright! Because we can meet again.” The emotions upon the ending of the tour which brought 550,00 people together cannot be expressed in words. The fanclub event for 100,000 people will begin at the end of June.

Probably not the best of translations, but the gist is there. I’m glad that you are so excited Lee Teuk. What an experience!!

There is not a possibility of believing!!! Where Super gives [e] May 12..13th Finally we do the Tokyo Dome independent concert!!!  Where there is a possibility of defending a promise and we are glad too!! Where love is staring  everybody in the eye. Where also the formal activity of once is big only without it– Thanks!!!! Where Superjunior is a big hit???? Superjunior soaks up and gives back.  [e] ~~~!! Is!!!

Taken from: Performances from Seoul Osaka Music of Heart 2011!

In support of the affected areas from Japan’s Great Tohoku earthquake, some of the top K-pop stars came together to hold a concert back on June 7th. The concert aired earlier today through SBS.

TVXQ, 2PM, 4minute, 2NE1, IU, MBLAQ, U-KISS, FT Island, B2ST, f(x), T-ara, and Rainbow all performed at the event which was held at the Osaka Kyocera Dome in Osaka, Japan.

Check out the TVXQ performances below!

Why (Keep Your Head Down)

Thank You, Guys. You have charitable hearts.

You did a fine Job Yunho and Changmin. Love the outfits. 🙂 Momma Cha

Keep Your Head Down 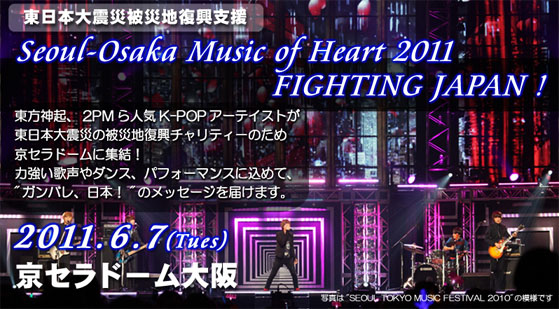 Tohoshinki, 2PM and other K-Pop artists will be gathered at the Kyocera Dome for the sake of the Tohoku Earthquake Charity!

Date 6 June 2011
Event Opens : 16:30;
Performance Starts : 18:30 (Scheduled)
Location Kyocera Dome, Osaka
Price All seats ¥9,500 (Tax Inclusive)
Contents Tohoshinki, 2PM, MBLAQ, U-KISS, T-ARA and other popular as well as new artists. 8-10 teams will gather at the Osaka Dome for the first time, deliver from Japan, Korea, and other parts of Asia, the voice of love and dreams to the world.※The full list of performers will be up when they are confirmed.
Ticket Sales Start 20 April at 12 Noon, Pre-sales for KJ-net members only
Play Guide* Details Normal Play Guide* and Other Ticket Sales will start on 22 May