We heard on TV and through the internet the news about the flood that has caused a lot of problems and difficulties for Thai people. We are also feeling hurt by this news too.

Above all your safety is the most important thing. Another thought is to let your heart believe that you will get through this. Don’t lose hope. It’s not only DBSK, but everyone else is also sending you their support. Fighting 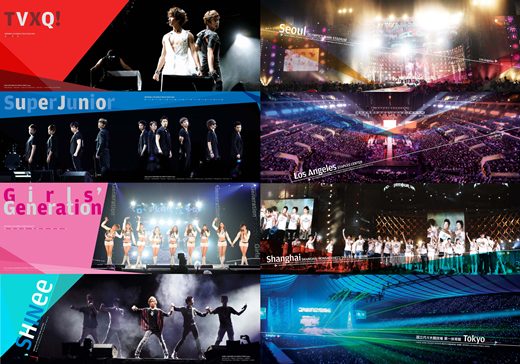 A photobook of the ‘SM TOWN LIVE WORLD TOUR’, a string of concerts by SM singers, will be released on the 3rd of November.

The photobook will contain photos from the ‘SM TOWN LIVE WORLD TOUR’ concerts held across four cities in Seoul, LA, Shanghai and Tokyo.

It is a true collector’s item as it is expected to contain 288 pages of contents that include a history of the tour through photos from the concert, rehearsals and what went on backstage, as well as scenes from the airport and personal signatures and messages from Kangta, BoA, TVXQ, Super Junior, Girls’ Generation, SHINee and f(x).

Therefore, the photobook is expected to not only help fans relive their memories of the tour, but also give fans who weren’t able to attend the concerts a full view of the experience.

[Trans] 110729 KBS, The Reason For JYJ’s Performance Cancellation Is? 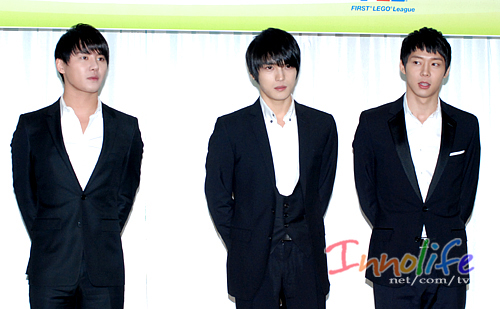 KBS has given its explanations against criticisms about the sudden cancellation of group JYJ’s participation in the Jeju 7 Wonders performance.

“Because Jeju is an island, there is high demand for pop culture icons, but compared to Seoul and other cities, there is less availability. When we were contacted about the possibility of SNSD and f(x) performing, the production team decided that it would be a good chance to showcase such big stars on the program.” Also, “Currently, SNSD and f(x) are developing in Europe, so it was decided that they would be more effective in letting the World know about Jeju, which is currently challenging for a spot in the “New 7 Wonders of the Natural World.” and “On 16 July, around 9am, we contacted the JYJ management representative over the telephone and expressed our sincere apologies,” they announced.

The production team said, “The production PD has full authority over the negotiations and decides on the appearance list, and for the sake of a well-rounded program, we decided on the more effective artist. Things are changing even as the program is underway, and this could happen even if it’s just 5 minutes before the live broadcast.” they insisted.

After seeing this, fans said, “This is a reason that lacks logic, and will only fuel criticism” “It was already in the preparation stage of the event, and this not just about JYJ, whose performance was suddenly cancelled, but an act to cheat all artists.” “If anything, these vindications are just killing the JYJ fans once more” and other comments, demanding for a public apology from KBS.

On 20 July, JYJ were scheduled to perform as the appointed ambassadors, and sing 2 songs. However, KBS removed JYJ, and artists from SM Entertainment, the management company that JYJ were involved in a exclusive contract dispute with, SNSD and f(x) performed. 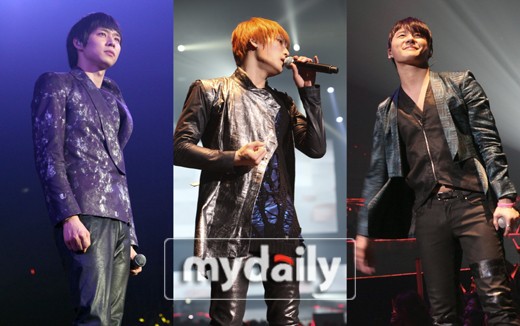 Yesterday, we reported on speculations regarding possible “backdoor pressure” with regards to the sudden cancellation of JYJ’s KBS broadcast appearance.

On July 17th, a KBS Jeju representative revealed that JYJ’s appearance on their special program, “New Seven Wonders“, was cancelled because of SNSD and f(x), who were said to be the original guests for the show.

“Initially in the past, plans for SNSD and f(x)’s broadcast appearances were being pushed forward, but they fell through because of the groups’ schedules. However, in the final stages of our broadcast preparations, their appearance became possible… Considering our station’s cultural duty of introducing a variety of stars to local communities, we considered what would be effective… We expressed our great apologies to JYJ’s representatives.

Spring Summer Fall Winter will still be making an appearance as planned. However, other artists besides like SNSD, f(x), and a popera singer are also scheduled to appear as well.“

A representative of one of the hosts of the event, the local government of Jeju Island, revealed,

“We did not know of this. By what skill and authority could we cast a celebrity? This is something that has been hosted by KBS Jeju. Our local government message board has been flooded with comments regarding this event, however, this is not something that we have done.“

The local government also shared their concern with this issue’s possible negative impact on the votes for Jeju Island in the ‘New Seven Wonders’ selection process.