TV rating:  Viewer Discretion Advised. Not for those under 15.
There is no logical order here, just a few episodes to watch 🙂 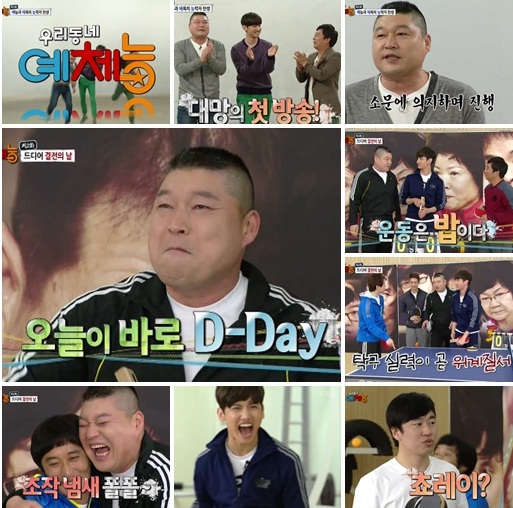 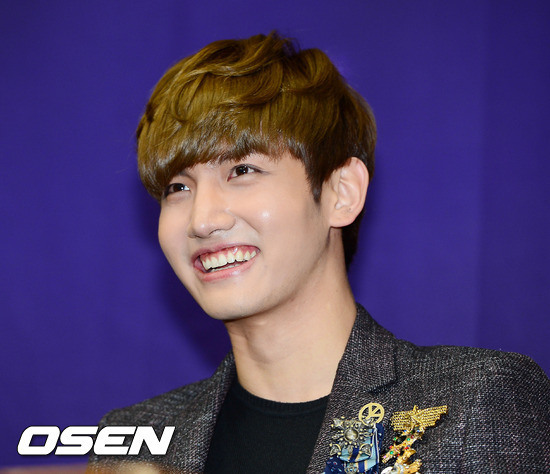 The staff recently confirmed that the title of Kang Ho Dong’s variety show, which will start airing on the third week of January, will be ‘Moonlight Prince’. Though the show was initially set to be called ‘I Like You. A Night to Meet’, the title was changed as it was decided that a title that was shorter and had a greater impact would be more appropriate. 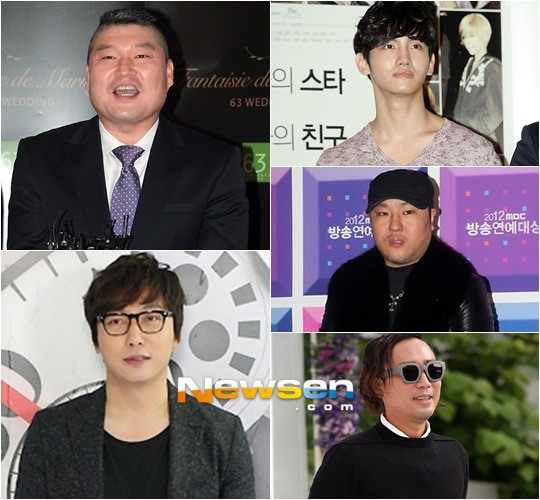 Regarding this, a representative of ‘Moonlight Prince’ explained, “The secret behind the name of the program will be revealed after shooting the first episode. The staff and representatives of the program are keeping everything top-secret. Even the celebrities participating in the show haven’t been told all the specifics of the show. As this is a program that Kang Ho Dong and the staff have spent a lot of time and effort on, we plan to bring a surprise with us when we present the show to viewers.”

A representative of the KBS variety sector also added, “‘I Like You. A Night to Meet’ was only a temporary title. The staff recently held a meeting and have decided to go with a fresh title of ‘Moonlight Prince’.”

‘Moonlight Prince’ will hold its first closed filming on the 12th of January. The first guest has been confirmed as Lee Seo Jin and the talk show will take place in a variety of ways. ‘Moonlight Prince’ will combine the strengths of variety shows like ‘YaShimManMan’, ‘Sang Sang Plus’ and ‘Happy Together’ and honest talk shows like ‘Knee Drop Guru’, ‘Win Win’ and ‘Healing Camp’. The MCs will be part of a ‘Kang Line’ and will have a horizontal relationship rather than a vertical one.

Meanwhile, ‘Moonlight Prince’ is garnering attention for combining the forces of Screenwriter Moon Eun Ae, who is called the Midas of the variety sector and participated in MBC’s ‘Golden Fishery-Knee Drop Guru’, and PD Lee Yae Ji, who has worked on KBS 2TV’s ‘Public Talk Show  Hello’. The MC team is made up of Kang Ho Dong, Choikang Changmin, Brave Brothers, Jung Jae Hyung and Tak Jae Hoon and the show will begin airing on the 22nd at 11:200pm. 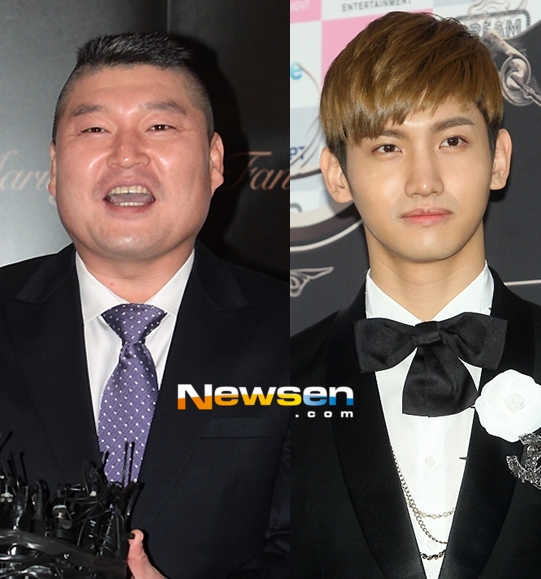 New partners have emerged, in the form of Kang Ho Dong and Choikang Changmin.

The new variety programme that Kang Ho Dong is preparing with KBS will have its first recording on 12 Jan, and is expected to be broadcast starting 22 Jan at 11.20pm. It will be the follow-up of “Win Win”, which was recently terminated.

In response to this, representatives from the KBS Variety Department revealed during an phone interview with Newsen on the afternoon on 2 Jan the reason why Choikang Changmin was able to capture the hearts of both Kang Ho Dong and the production team. This representative explained, “Kang Ho Dong and the production team felt that an idol group member was required for the new talk show, but at the same time they didn’t want someone who was a familiar face or was already active on variety shows. They were also looking for someone of a certain “level” of eloquence. Through all that, Choikang Changmin stood out.” “In actual fact the production team also thought ‘There’s no way TVXQ would come and be MCs right?’ when they sent the request, but SM Entertainment gave the OK.”

However, it is true that the production team and Kang Ho Dong had their reservations as to whether Choikang Changmin had the qualities required of a variety programme MC. TVXQ has received much recognition in the fields of music and acting, but it is only with variety that they have not demonstrated remarkable growth. With regards to this, the KBS Variety Department representative stated, “After conversing with Choikang Changmin, I have realised that he is much more eloquent and interesting than people expect. Furthermore, he is a young man with a healthy and warm image, which have been determined to be very suitable for the variety show this time. I am looking forward (to his performance).” 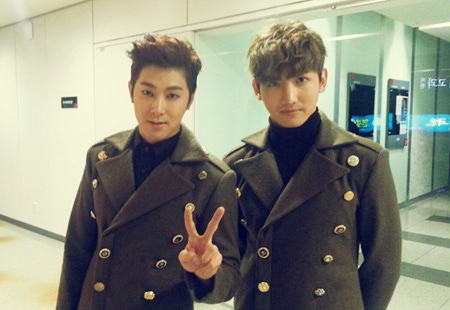 Hello 🙂
This is the staff of TVXQ.

To all the official members of Cassiopeia~ Happy New Year!
Did you receive TVXQ’s New Year’s messages yesterday? ^^

We would like to thank everyone who loved TVXQ in 2012,
and we hope that you achieve everything you wish to do in 2013.

And, as you all know already,
the members of TVXQ are planning to try out new activities in 2013.

will be appearing as Baek Do Hoon in the SBS Monday-Tuesday drama ‘Queen of Ambition’,
which will begin airing on the 14th of January (Monday) at 9:55pm.

Choikang Changmin
will be appearing with Kang Ho Dong in KBS 2TV’s new variety program,
which will begin airing on the 22nd of January (Tuesday) at 11:20pm.

Please give them your attention and anticipation as fans of TVXQ~!

– High expectations for him to become ‘the 2nd Lee Seung Gi’ 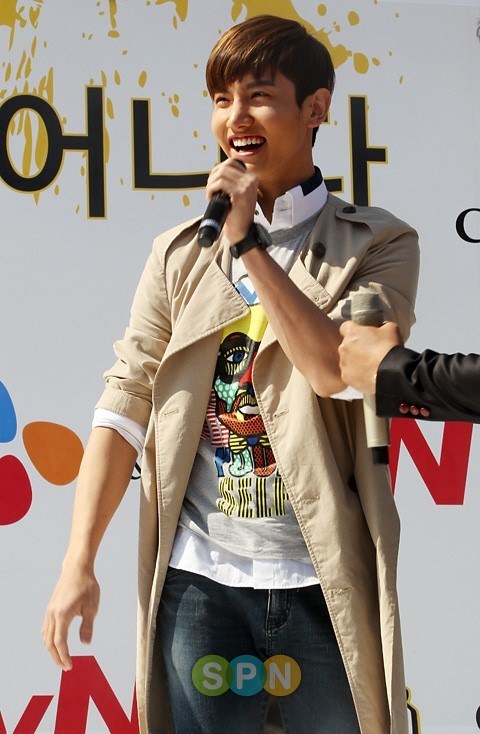 It has been found that the production team have high expectations for Choikang Changmin’s addition to the show. 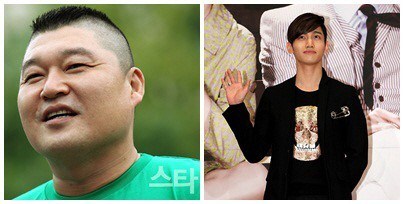 The KBS Variety Sector has stated that it is in the final stages of preparing the new show, calling in celebrities such as Choikang Changmin to make appearances. Set to begin airing mid-January of 2013, the show is currently preparing to start filming at the beginning of the new year.