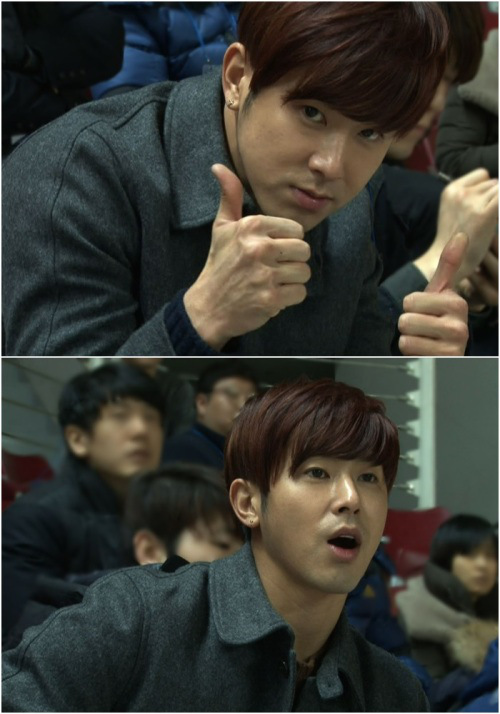 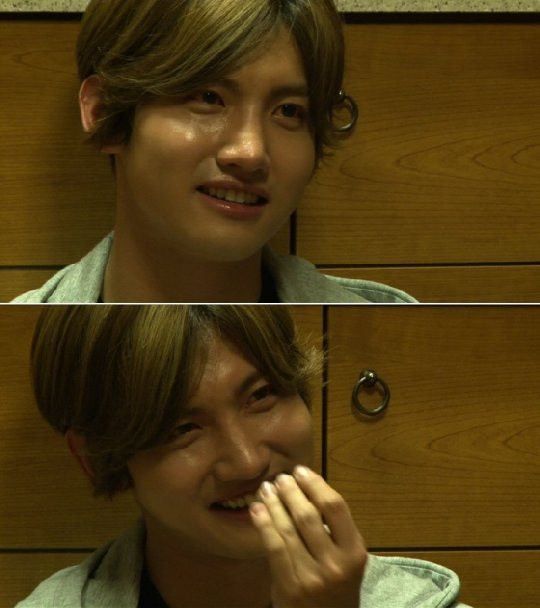 TVXQ’s Max Changmin said his farewells to KBS 2TV’s ‘Our Neighborhood’s Master of Variety and Sports’ with tears streaming down his face.

Max Changmin recently joined the rest of the team of ‘Our Neighborhood’s Master’ for their boot camp in Gochang, Jeollabuk-do. The event was meaningful for the singer as it marks the end of his time on the show.

The basketball team gathered together at the end of the day to spend some quality time with Max Changmin, who will be leaving the show after the team’s last basketball match.

Max Changmin received video messages from Jo Dal Hwan, Lee Byung Jin and FeelDog, celebrities who were on the show with him. He was moved to tears when he also received a photo album that contained memories of his time on the show as a surprise gift from the staff.

The staff cried along with him as Max Changmin let himself cry, mourning his departure together.

Max Changmin said, “Before I came to today’s filming session, I told myself that I wasn’t going to cry,” and “I suffered from an injury early on in the season, and it stressed me out because it made me feel like I was just hovering around everyone else instead of helping out.”

He also expressed his passion for basketball when he added, “I felt more nervous about our basketball matches than I did for TVXQ’s comeback stage,” and “I fell for basketball so hard that it was almost crippling.”

Meanwhile, Max Changmin’s last appearance on the show will be the 4th of February.

TV rating:  Viewer Discretion Advised. Not for those under 15.
There is no logical order here, just a few episodes to watch 🙂 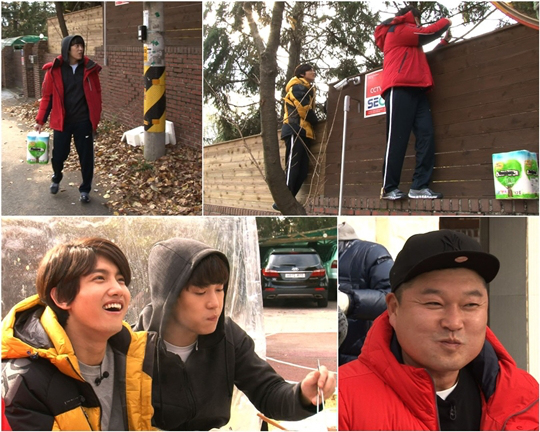 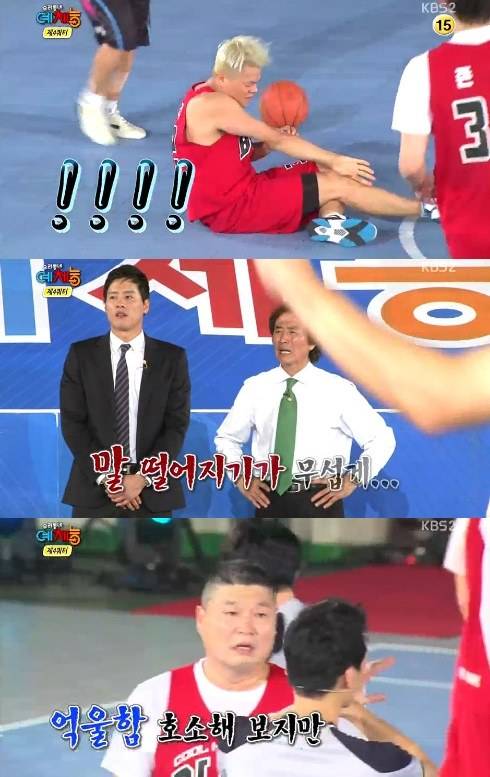 Unsurprisingly, as the game progressed, the play got rougher. Eventually, J.Y. Park, who had contributed greatly to the score due to his brilliant moves, eventually fouled out after he received his fifth foul. In addition, Kang Ho Dong got a foul so there had to be player changes, instantly changing the drift of the game in a brief instant. While their basketball team had been leading by a large margin, the other team shortly caught up.

Supervisor Choi In Sun said, “If you foul, there comes a crucial moment . . . Basketball is tough.” The team members were reminded to be careful of fouls. 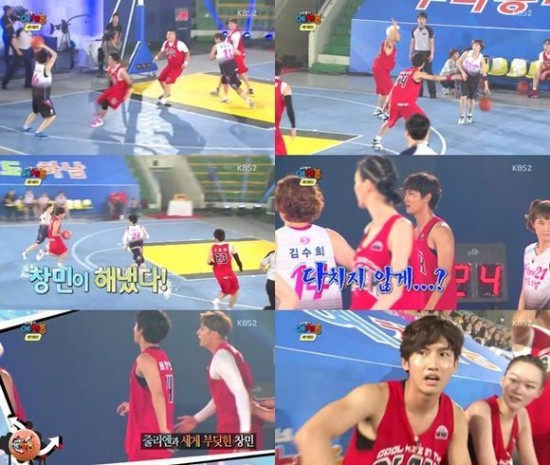 In addition, TVXQ’s Changmin entered the court to play. He was warned by Lee Hye Jung to just jump with his hand up so as not to get hurt. However, as Changmin tried a rebound later on, he ran into Julien Kang and hurt his ankle.

Although his expression suggested otherwise, Changmin assured his fellow team members that he was okay.

Julien Kang and John Park kept their cool for the rest of the game so that their focus, pick and roll, and combination plays eventually led their team to their first victory!

Congratulations on their win and awesome teamwork. 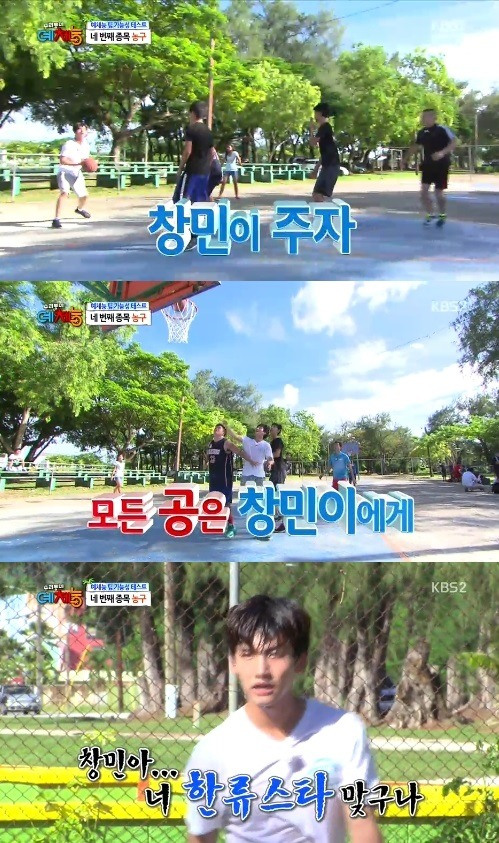 Max Changmin has become the king of basketball.

During the episode of KBS 2TV’s ‘Our Neighborhood’s Master of Variety and Sports’ that aired on the 15th of October, he teamed up with Park Sung Ho and Lee Soo Geun to partake in a basketball game in Saipan.

Against a team made up of local rising stars of basketball, the celebrity team, led by Kang Ho Dong, was unable to score any points at first.

However, they grabbed an opportunity to catch up, and Lee Soo Geun and Park Sung Ho’s passes gave Max Changmin the chance to score some points. As the game progressed, Max Changmin began to get comfortable and showcased basketball skills that amazed the viewers. 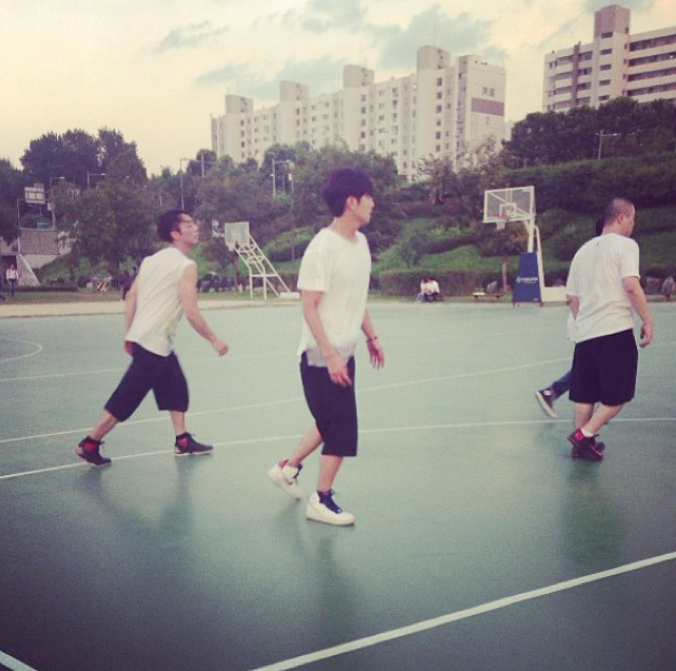 I got so much fun out of this particular Changmin birthday project. I am revising it. 😉
Happy Birthday to you Changmin, our athlete/singer/dancer extraordinaire !!!

Mini Minnie is no more…

Head could hit a six-foot door.. 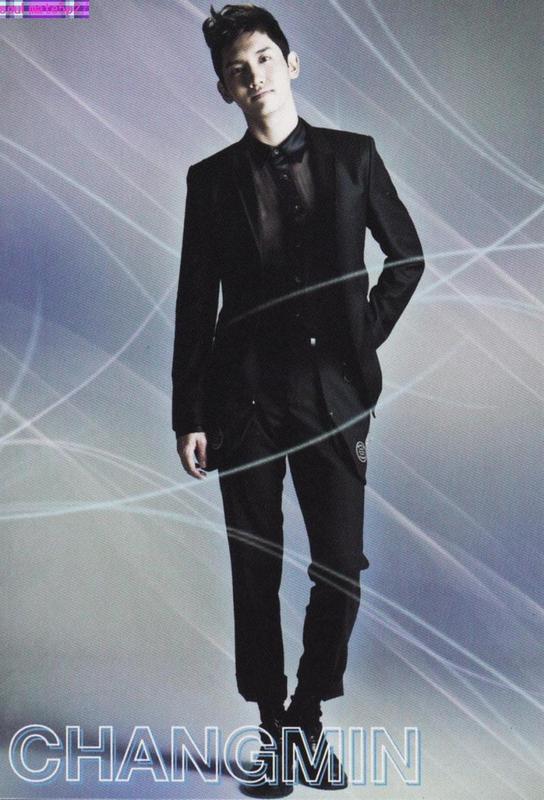 A Man now, he grows continuously—Keeping US on OUR Toes

With honest Words and quiet Wisdom–Snarky as Always, A Constant Truism

Another Birthday for Minnie is here—Another obstacle of life is cleared,,,

Think you to escape that vengeful fate?

Oops. You Ducked Too Late!!

Posted on October 8, 2011 by melodiamuse

Heodang (Lacking): Though Cha Mu Won of ‘Protect the Boss’ is a chaebol, there is definitely something he can’t do. His weakness is that he’s not good at fighting because all he does is lock himself up in his office and study. I expressed that in a very ‘heodang (lacking)’ way. I’m like that too. Because I’m not that active, I’m not that good at ball games. In the drama, I was made to look like I was even really good at sports, but in real life, I have a very ‘heodang’ nature. (Yoochun) I think it would be best.. if Jaejoong didn’t play ball games like soccer or basketball in front of others. (laughter)

Ji Sung: Even I could see myself getting better with every new episode. It would have been impossible if it weren’t for Ji Sung. He must have been busy enough studying his own character, but he took care of me and helped me run my lines. I think the scenes in which we were acting together came alive because I normally feel comfortable around Ji Sung.

Individual Activities: As you all know, we started pursuing individual activities to promote JYJ as we were unable to appear on music programs. Our individual activities became a great opportunity for us to promote JYJ. It started like that but we feel the charm of being an actor or a musical actor more and more as time goes on. (Yoochun) But personally, I don’t feel confident about pursuing a career in musicals. I think I’d be compared too much to Junsu. (laughter)

Cha Mu Won (Kim Jaejoong) of ‘Protect the Boss’: He took on his character very well. I found myself naturally falling into the drama as I watched it. I also feel envious of Jaejoong because he took on a character that could present something different from his original image and did so very well. It’s so much that if I ever get the chance, I’d like to play a character similar to the one that Jaejoong portrayed. I’m not joking when I saw that I could see this unknown aura around Jaejoong. So I thought, ‘So this is the power of Jaejoong. (Jaejoong) Thank you. My senior~

Song Yoo Hyun: While playing Song Yoo Hyun in MBC’s ‘Miss Ripley’, there were many moments when I thought, ‘If this were me, I would have exploded.’ But I acted with the understanding that, ‘It could happen because it’s Song Yoo Hyun.’ Though I can’t say that there weren’t moments when I felt frustrated, I laid down the judgment that it was because I was too unskilled in my portrayal of Song Yoo Hyun. If I felt frustrated, wouldn’t Song Yoo Hyun feel a little frustrated too? It was only after I was done filming the drama that I began to think ‘Couldn’t I have been able to express this in another way?’ instead of thinking that the script wasn’t helping with the frustration I had.

The villain’s part: I want to try playing the villain. I think the biggest reason is because I don’t look like a bad guy. Though I want to try taking on a role that pulls me away from the image I have now, I think it would only be right for me to take on such a role after I’ve become more experienced. For now, I want to try everything, regardless of the character.

Drama: It’s not that I’m not interested, it’s just that I had already taken part in two musicals this year and wanted to take a break instead of pursuing solo activities. And because each of the other members had his own schedules drawn for his respective drama, I believed it was only right for me to take that time to support them. I’d like to try acting in a drama someday. But it looked so tiring for Jaejoong and Yoochun to stay up all night filming, so I’m in a dilemma.

Together: We try to make every stage one that everyone can enjoy together. We don’t just show what we want to show and end the concert when we’re done, we try to work together with the crowd. We casually ask how they’re doing, and we immediately answer any questions they give us. Because there are a lot of restrictions on our activities that include broadcasted ones, we try to create a more free atmosphere when we meet with our fans and we work hard to satisfy them with our concerts. Though we like dramas and musicals, we started out as singers and we want to be singers forever.