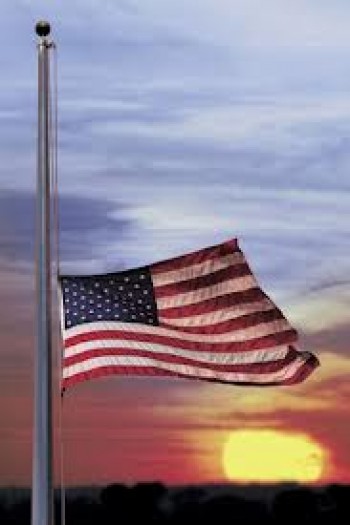 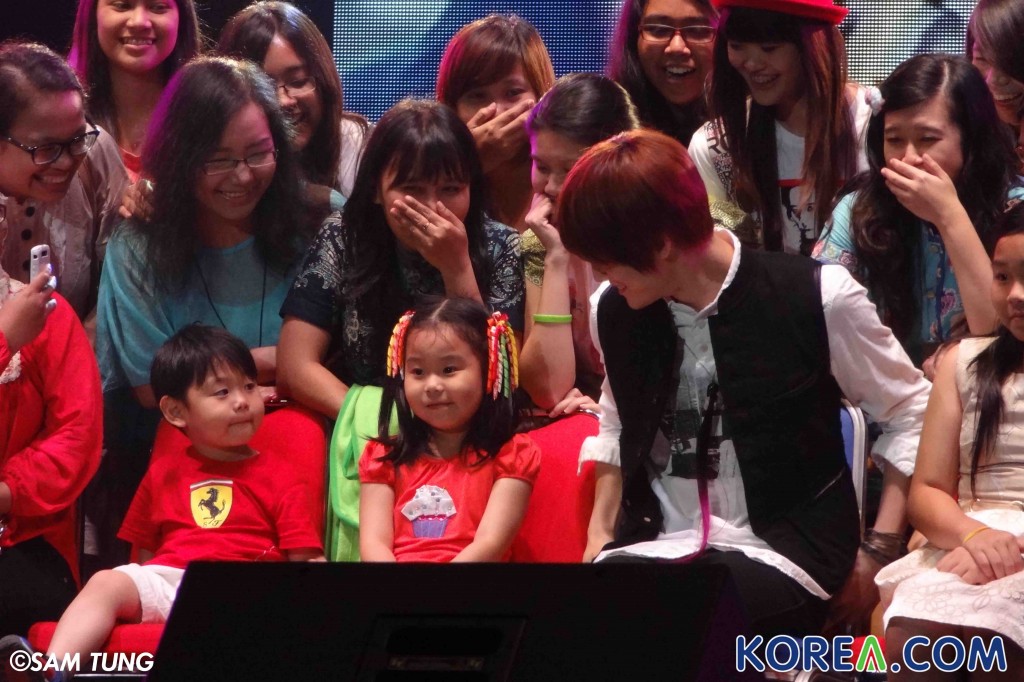 It wasn’t a beautiful woman nor the most cheerful and supportive fans of JYJ Jaejoong that took his heart away during his first fanmeeting last weekend  (3/11) in Jakarta, Indonesia. So who really stole his heart away?

With the rare close encounter opportunity as a surprise, thousands of fans were even more excited and overwhelmed, racking their brains on what to say or do in front of the ‘Ice Prince’.  In their attempt to attract attention, fans were whispering in his ears and sneaky hands were sighted during the photo-taking session though instructions were clearly; no touching. Sadly none of it worked as the ‘Ice Price’ gave equal attention to every fan in the very brief moment they each had.

However, one fan succeeded by not only in attracting his attention, but making him cross the boundaries of no physical contact by just simply being herself.  The two adorable children were sitting quietly next to his seat while waiting for his arrival, a stark difference to the many fans clamoring over the man. JaeJoong’s sole attention was immediately fixated from the moment he laid eyes on them, much to the envy of the fans around. He initiated contact by shaping her tiny fingers to a cute ‘tweeze’ sign and smiled radiantly, something which is hardly seen throughout the fan-meet due to his condition.  It was literally “ignorance is bliss” and it definitely added on to the many reasons for the ladies to want to return to that age of innocence.

It was no doubt that behind his piercing stare and princely image was this warm guy, overflowing with love for children. From the previous photoshoot collaborations campaign with children for NII,to how he paid more attention to children attending his fan-meet, it was evident how good a daddy he will be in future.

So ladies, if having Mr. Kim pay more attention to you is your life mission, next time bring a kid along or go back to being one if you can will definitely get the job done! Now isn’t the girl lucky? 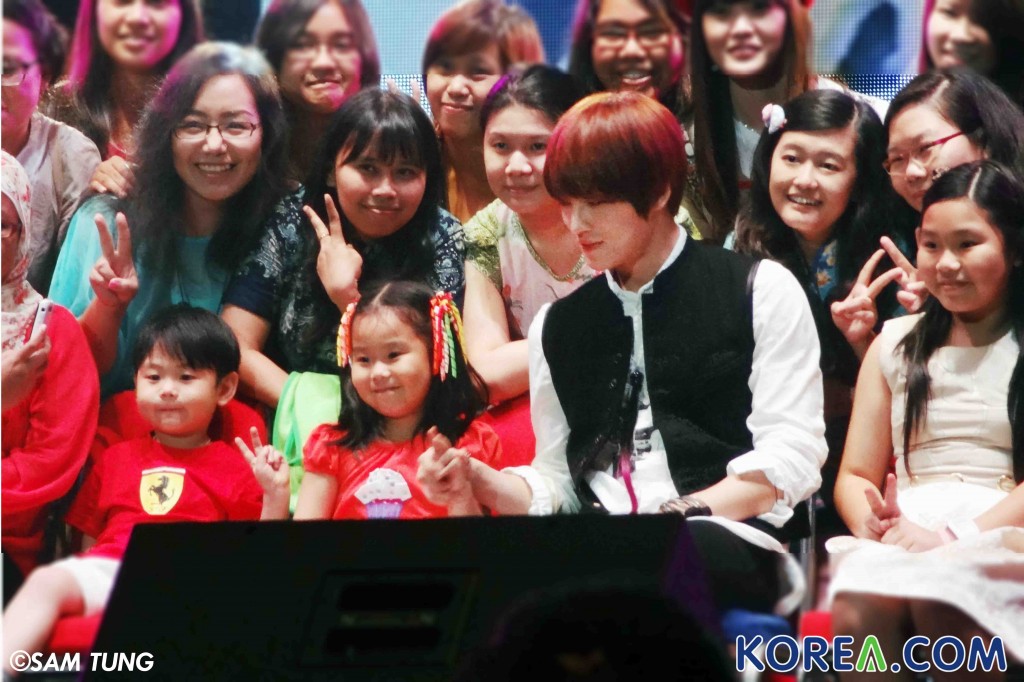 Special thanks to SH Entertainment for the Invitation.

Jaejoong is such a natural caretaker. These children are blessed to have him. 🙂 Momma Cha <3

The Joy and Pain of Gardening 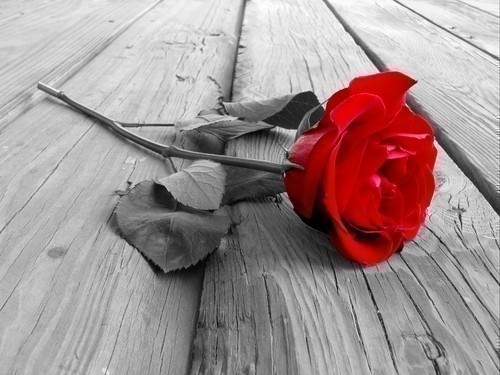 There is this crazy urge that I get each Spring when the first crocuses peek out of bed, and the daffodils put on their bonnets–it is called, in my vernacular, time to dig. Whether it is digging into the black dirt with my toes, or grabbing a shovel and digging holes, or using a tiller to turn the soil over for planting–It truly doesn’t matter because the urge is simply to dig-dig-dig.

Along with this urge comes a need to plant baby flowers and vegetables in the hope of watching them grow into fruit producers and bloomers of the garden variety. Before this can be accomplished, however, there are many steps toward this luxurious goal. No pain no gain.

As I am no longer in the ‘bloom’ of youth, each year it becomes harder and harder to perform the gardening tasks necessary to say that I have had a wonderful, productive season.  I used to be able to kneel and pat those little suckers right into place with no aching aftereffects, but now Mr. Arthur shows up almost immediately after I have patted the last little plant and put them to bed. Ibuprofen to the rescue!!! I guess if I weren”t so driven I would simply let the garden do the natural thing. It would overgrow itself quickly and what a tangled mess I would have.

Since it is human to want to control everything and everybody around you, lest there be any surprises, I struggle year after year to reach the same gardening goals of  twenty years ago. I want little pansies to smile at me while giant sunflowers tower over the fence and protect the borders. I long to see Jack command his pulpit while begonias beguile me with their constant beauty and variety. The shrubs and bushes offer summer glamour while fruit trees, maples, and oak offer bountiful shade.

I am a sensory person. I enjoy textures and myriad colors around me. Nothing is more sensory than touching the fleshy petal of a Day Lily or an Iris. The beauty that is the rose family is absolutely breathtaking–domestic or wild. The variety of colors  is mind-boggling–giving me a glimpse into the rainbows of Heaven. Will there be gardens there to plant and explore?

There is great joy in watching the tomatoes grow and ripen on the vine. Cucumber’s yellow flowers team with the golden orange of the melon flowers. Such a lovely scene. The greens of the foliage form a wonderful contrast to the bursts of color that speak of fruit to come.

My garden always makes me think of the responsibility of parenting. The little seeds that we are given to water and nourish grow quickly. If we give them good food then we will yield a plenteous harvest with strong seed toward the next generation. Will it be easy? No. Just as the garden in my yard takes careful tending in order to grow–so do my children. My difficulty is that I am like ‘The Old Lady Who lived In A Shoe’– I have so many children in my heart that I don’t know what to do. At home and abroad, they take careful tending each day. An earnest prayer here and some encouragement there–a shake of the head when I see them making some of the same mistakes that I made in my own youth; panic when I see that they are going to follow their own chosen path making wise or unwise choices along the journey and disregarding my loving advice.

I will continue to tend my gardens and the mixed bed of joy and sorrow will be mine to lie upon. Prayerfully, hopefully, the flowers of my heart will someday bloom with beauty and wisdom. I will then hold them close and kiss the dew from their faces.

Please do not remove

I sat fascinated through this entire hour’s worth of watching kids interact with Shinhwa. It was precious. 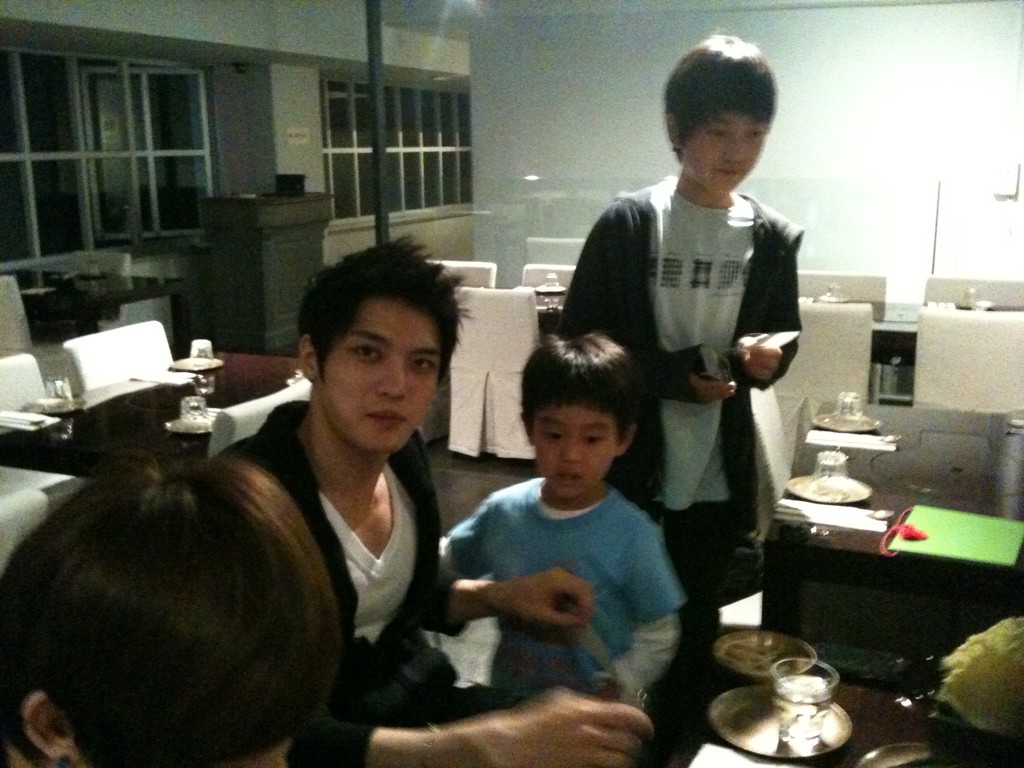 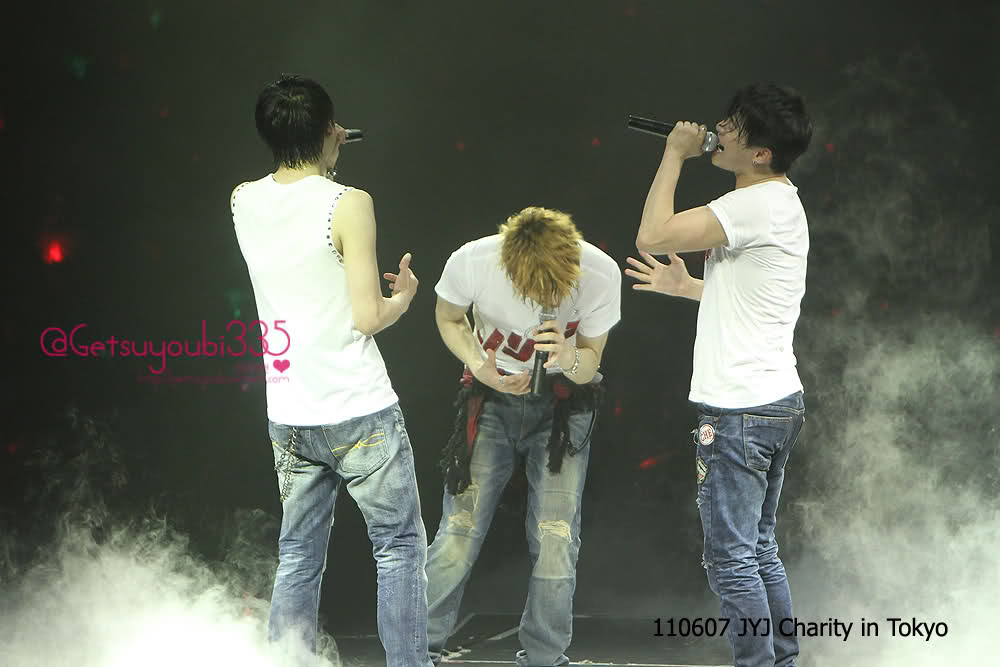 Posted on August 27, 2011 by jyj3 The proceeds from JYJ’s charity concert has provided the children of the Japanese city of Souma 1000 radiation detectors to guard against future contingencies. The below is a translation of the notice as provided by ZAK corporation.

We are reporting on the donation of the proceeds from the charity event.

It has been decided that the proceeds from the JYJ charity concert which took place on June 7, 2011 will be donated in the form of 1000 NukAlert, a radiation detector, to the city of Souma in Tachiya Shigeru Kiyoshi Fukushima Prefecture. This was at the emergency request from the mayor of Souma to the Japan-Korea Economics office of the Foreign Affairs Bureau and to ZAK and as a result of consultation with C-JeS.

The city of Souma plan to distribute them to the children and students of its elementary and middle schools and also little children of the preschools in Tamano district in order to prepare for the possibility of the nuclear plant of Fukushima prefecture again having a hydrogen explosion. Among these, 500 has been handed to the government office of the city of Souma on August 12.

Translation 110515 “We Want To Tell The Children. Have Big Dreams” – Interview with Tohoshinki & 16 Other K-Pop Groups

Tohoshinki, SHINee, BEAST, MBLAQ, 2PM, 2AM, Supernova, FT Island, SG Wannabe, Miss A, Secret, SISTAR, f(x), 4minute, IU and ZE:A – A total of 16 groups of artists came together in the Live event “Tokyo Legend 2011.” This is the first time such a grand K-pop event has been attempted in Japan, and before the performance, there was a press conference held on the same day (14 May), at the concert location Saitama Super Arena.

This performance is in support of the UN’s MDGs (Millennium Development Goals) of poverty relief project, the GFSC (Good Friends Save the Children) charity campaign and sends a “Love & Peace Message.” Also, there was the theme of “Let’s Get Up! Japan, Pray for JAPAN!!” sending a message of, as well as actual resource support from the performers to the areas affected by the Tohoku Earthquake, bringing hope to the children.

At the start of the press conference, all 16 groups of artists shared a moment of silence to express their sympathies for the victims of the earthquake. Then, the performing artists introduced themselves one by one, and spoke about their determination for this Live.

(Other artists’ comments – some in Korean, some in Japanese, all omitted)

“We are really happy to be able to do such a Live concert with so many great artists from Korea. Also, although they may be going through a difficult time now, but we hope to tell them to “Cheer up!” ” – Tohoshinki (Naturally, Changmin commented in Japanese)

Finally, the emcee said to Tohoshinki, “As words from the both of you will give strength to your many fans in Japan, please leave a message,” and again Changmin, while considering the best words to convey his thinking, had something to say to the children.

“I have a message for the children. You’ve always had big dreams, and been working hard towards those dreams, right? For this, I want to work hard so that today’s stage is even more special.” – Changmin (Tohoshinki)