Male duo TVXQ have been experiencing an explosive amount of popularity in Mexico.

On the 18th, TVXQ’s ‘Something’ music video was introduced on ‘HITM3′, a famous program of TV AZTECA, one of Mexico’s top media companies. This is the first time that a music video of a Korean singer has been officially introduced on this program.

‘HITM3′ is a program that airs every Sunday morning and introduces sports, music and movies. It’s a popular program that also features live performances and interviews with singers.

After being introduced on the program, TVXQ’s music video was uploaded on the official homepage of ‘HITM3′, while the program’s Facebook and Twitter accounts left updates that said, “The music video of TVXQ, the representatives of K-pop, will be coming your way.”

Mexican fans who heard the news left comments like, “Please introduce them on your show again,” and “Thank you for introducing them.”

Meanwhile, TVXQ recently dominated the major music shows with their seventh album ‘TENSE’, and have also proven their popularity both domestically and globally.

There would have to be a million copies of you to go around Duckie. Impossible. I pray that you will find that special person someday. 🙂 Momma Cha <3 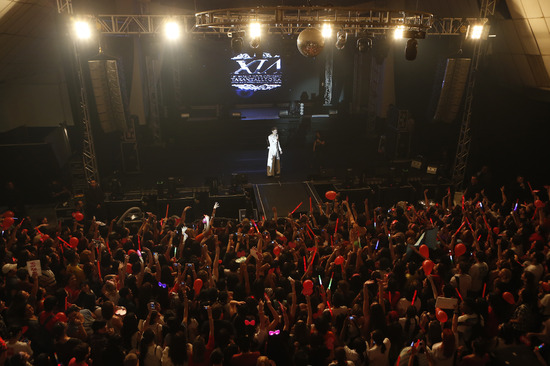 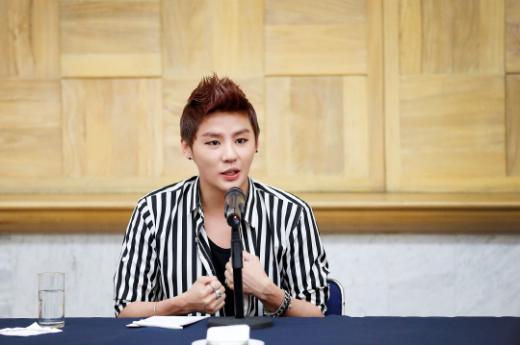 On September 5 at 2:00 p.m., Jun Su gave an interview to Korean reporters at Camino Real Hotel in Mexico City before holding a concert in Mexico.

After releasing his first solo album, Tarantallegra, in May, Jun Su had concerts in Seoul, Thailand, Indonesia, Taiwan, China, Hong Kong, New York, and LA, meeting over 40,000 fans. On September 6 at 8:00 p.m., Jun Su will hold a concert at the Auditorio BlackBerry in Mexico City. He’s the first Korean solo singer who holds a concert in Mexico city.

Jun Su also said, “When I got this opportunity to hold a concert in Mexico, I thought K-pop had really spread all over the world. I’ll try my utmost to create the best concert for my fans in Mexico.”

Jun Su will also hold concerts in Brazil, Chile, and some European countries.

[News] 120906 K-Pop’s First Artist to Perform in Mexico, JYJ Junsu, “I Gave up My Drama Casting Role for This Album 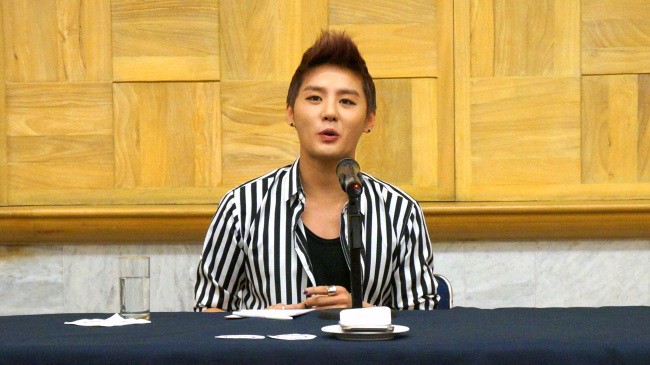 JYJ member Junsu is the first K-Pop artist to perform in Mexico. Junsu commented, “I worked really hard not to make anything boring or normal.”

Yesterday, Junsu held a press conference in Mexico. Junsu commented, “Although this was my first concert in Mexico, I was shocked to see that all 3,000 seats were sold out. Since I am the first K-Pop musician to perform here, I promise not to let anyone down.”

There had been many problems before being able to release a solo album and hold a world tour. Junsu commented, “In reality, it is hard to show someone’s face on TV unless it’s acting and so I rejected the idea to make a new album at first. I was also casted for a mini drama series, but if both my acting and singing career are on the line, I knew that I would have to choose what I am best at. That is why I gave up my acting role and decided to go on with making this album.”

Junsu was very thankful that he was able to portray his own style and image through this album.

After his concert in Mexico, he will continue on to Brazil and Chile. 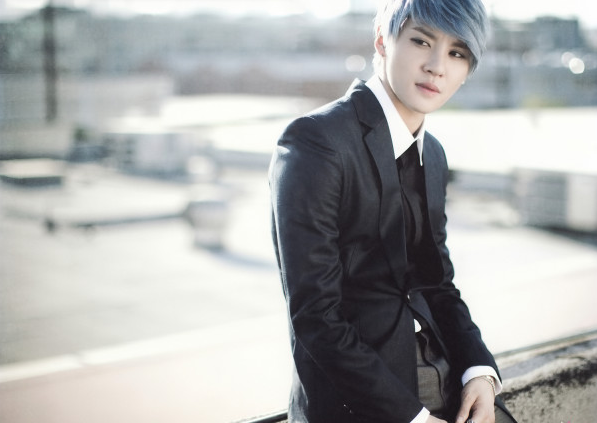 Xia Junsu, also known as Kim Junsu from JYJ, shared a rather amusing photo of himself, humoring his followers on Twitter. On September 5, JYJ’s Kim Junsu tweeted, “Don’t you like me?” and attached the funny selca. As shown in the photo, the singer is seen giving a back hug to a human-sized doll, leaning is for a kiss.

Netizens who saw the photo commented, “I wish I was her,” “He is too adorable,” “Congrats on finishing your U.S. tour,” “I’ll never reject you Xia,” and more.

Meanwhile, Junsu wrapped up his North American tour with a concert in Los Angeles on September 2. At the Hollywood Palladium, the solo artist gave an explosive performance for his 2,000 American fans. Junsu will now head south to perform before his fans in Mexico, Brazil and Chile. 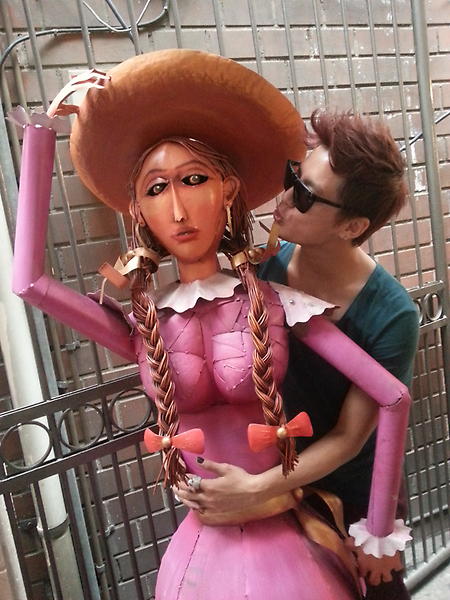 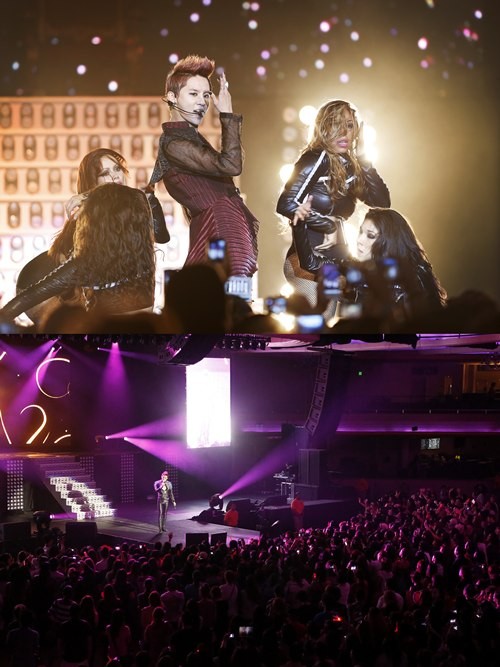 Junsu has successfully finished his second concert in L.A. as part of his world tour.

On September 2 at the Hollywood Palladium, Junsu held his ‘XIA 1st World Tour in LA’ concert with 2,000 of his fans. As this was labor day weekend, he was able to meet many more of his fans at the concert.

Just 3 days after his New York concert, he has now successfully finished his LA performance. His 120 minute concert was filled with energy and power. He opened the concert with the song “Breath” and showed off his dance moves in “Set Me Free.”

His english title song which was produced by producer Automatic, called “Uncommitted” was also showcased on stage. He also sang his hit song from his previous album called, “Tarantallegra.”

Junsu commented, “After finishing both the New York and LA concert, I now really feel like I am on a world tour. I am so thankful to all the fans that came out to support me and I hope that this will be a lasting memory for them.”

With the end of his LA performance, Junsu will travel to Mexico on September 6 to continue his world tour. 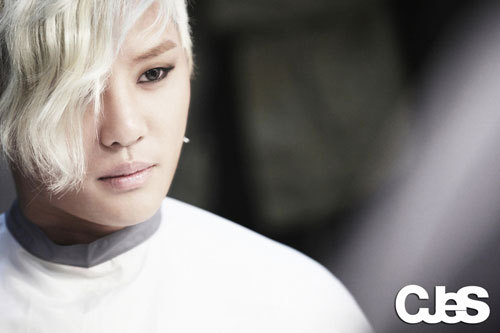 How Olympic Gymnastics Used To Be – Paris 1924 Olympic Games

Oh My, They will catch up quickly. Momma Cha

Now is turn to TVXQ is a kpop group from Korea formed by HERO, MAX, XIAH, U-KNOW and MICKEY. The name TVXQ comes from Dong bang shin ki that means:”The Rising Gods of the East”.

One of the group with more influence in the kpop and one of the most known in Asia . They have 3 record guiness:
for having the world’s largest official fan club. Cassiopeia, the band’s official fan club, is claimed to have more than 800,000 official members, the group was also listed as the most photographed celebrities in the world with 500 million pics , and for sold more than 200, 000 album in 2010