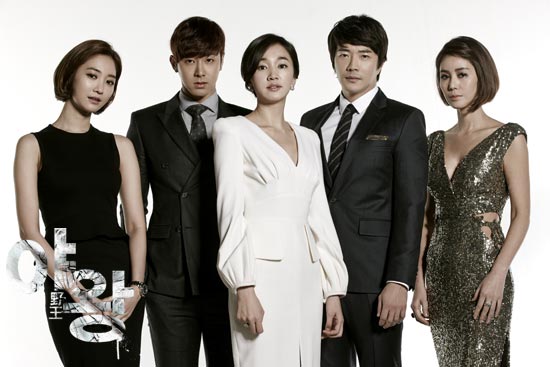 Uh oh! It looks like the production company behind SBS drama “Yawang” has recently sued a Japanese Netizen because of charges of copyright infringement. According to the CEO of the production company on March 27, “One Netizen that lives in Japan has created teaching material for Korean by using the script of ‘Yawang.’ We have found evidence that it is currently being sold on the internet and we have submitted our lawsuit to the Seoul Gangnam police department.”

According to the production company, this Japanese Netizen recorded all of the dialogue. This was made into Korean subtitles that were then used as teaching material for Korean.
A representative of the legal team for the production company stated, “Currently we have the defendant’s IP address and proof of business transactions on the website. We have now submitted our lawsuit. The police department will work with Interpol and investigate about the defendant.”

“Yawang” will have its last episode on April 2. It will begin broadcasting on Japanese KNTV in May. 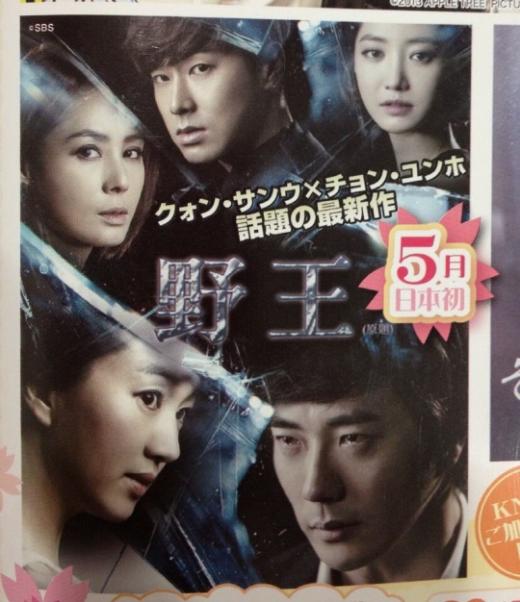 [Trans] 130320 [Queen Of Ambition] Though Jung Yunho Has Left, The Love Of His Fans Remains 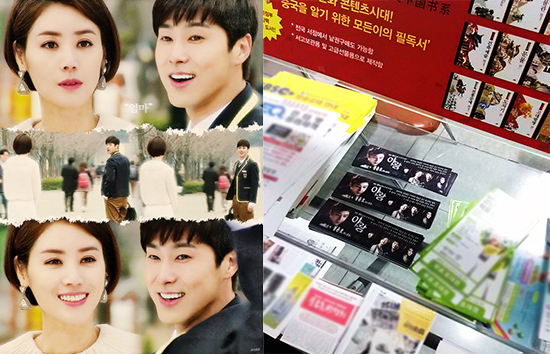 Though Jung Yunho has left ‘Queen of Ambition’, his fans’ passion still remains with the drama.

Jung Yunho’s departure from the SBS’ Monday-Tuesday drama ‘Queen of Ambition’ was marked by his character(Do Hoon)’s unfortunate death during the 18th episode. After Do Hoon’s death, various online communities and fanclub sites were flooded with messages of disappointment and encouragement.

Do Hoon’s sorrowed smile as he dreamed of calling out “Mom!” before his death had the fans’ hearts in pieces. His fans created a ‘Baek Do Hoon Resurrection Committee’ and made a request to resurrect the character but have now accepted that his death was necessary for the drama’s development. They are now continuing their love for ‘Queen of Ambition’, as though they are following the wishes that were expressed by Jung Yunho in his final letter for the drama.

Jung Yunho opened up on the drama’s homepage and stated, “I was able to learn so much from this precious experience,” and “Please love ‘Queen of Ambition’ till the very end.” The ‘resurrection’ committee has been turned into a ‘mourning’ committee, and the fans have stepped up to act as the honorary ambassadors of ‘Queen of Ambition’.

Some fans have printed out flyers and handed them out in the street while others have printed thousands of promotional bookmarks and placed them in bookstores around Seoul. There wasn’t a sudden decrease in viewer ratings either, something that had been a concern for the drama since the death of Do Hoon. Considering the fact that the majority of Jung Yunho’s fans are teenagers and women in their 20s and 30s, a drop in viewer ratings was expected, but most fans have continued their support for ‘Queen of Ambition’.

The dedication of Jung Yunho’s fans has been garnering attention since the drama’s press conference. They sent a total of 20 tons of rice wreaths and have also sent lunch boxes to the cast and crew. The fans’ also paid for promotional advertisements on buses and the subway, and provided the cast and crew with winter clothes to battle the cold weather.

Their consideration was greater than the love that has ever been seen for an idol star, and the reason for such dedication was to show the fans’ anticipation and support for Jung Yunho’s decision to work on his acting career.

As though he sensed the support of his fans, Jung Yunho worked hard and received high praise for his improved and sophisticated acting, and many are now curious to see what drama he will take on next.

Though rookie actor Jung Yunho will now return on stage as U-Know Yunho, ‘the king of the stage’, his fans’ love for ‘Queen of Ambition’ lives on. 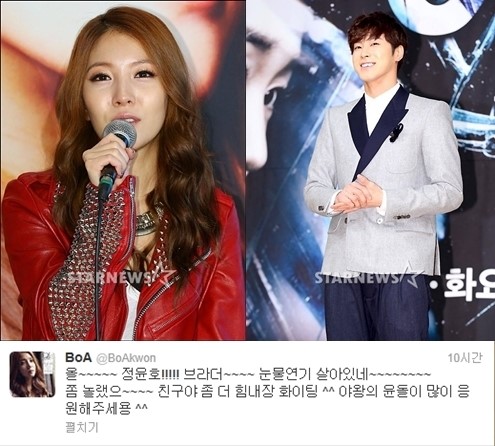 BoA is usually seen giving words of praise and encouragement to contestants on ‘K-pop Star 2‘. But she also had some supportive words as of recent for labelmate and same-age friend Yunho!

SBS drama ‘Queen of Ambition‘ has been picking up speed lately and entertaining its viewers, one of which is BoA!

Having caught the latest episode, BoA tweeted, “Oh~~~~~ Jung Yunho!!!!! Brother~~~~ Your tearful acting has come alive~~~~~~~~ I was a bit surprised~~~~ Friend, have strength, hwaiting^^ Please show your support for ‘Queen of Ambition’s [Yunho].”

Although Yunho’s acting was pointed out as awkward and stiff by viewers when the drama first began, he has shown that hard work and dedication pays off as his skills have quite improved, pulling off several tearful, emotional scenes through the recent episodes! 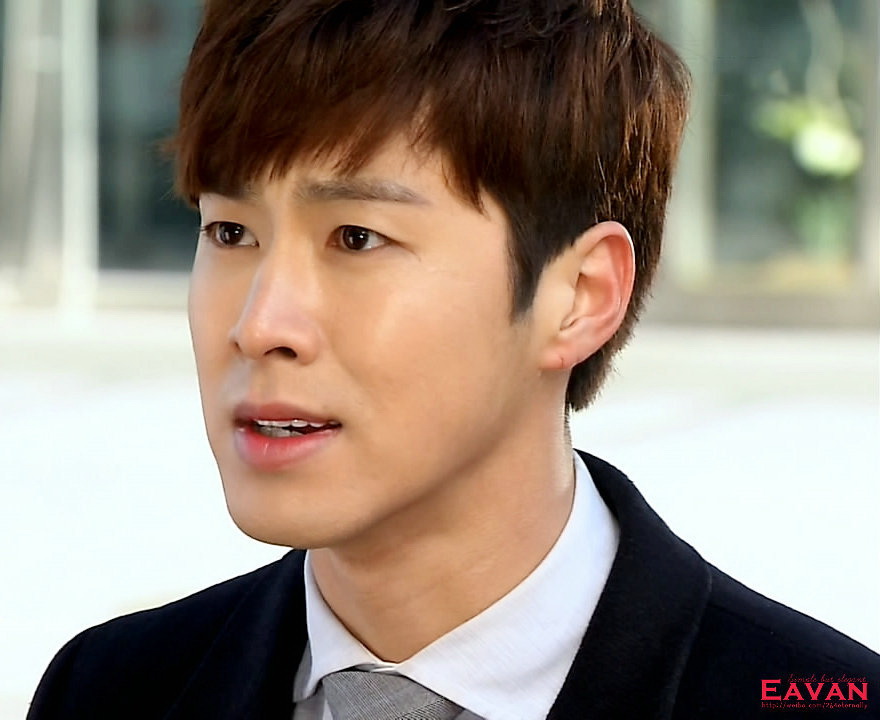 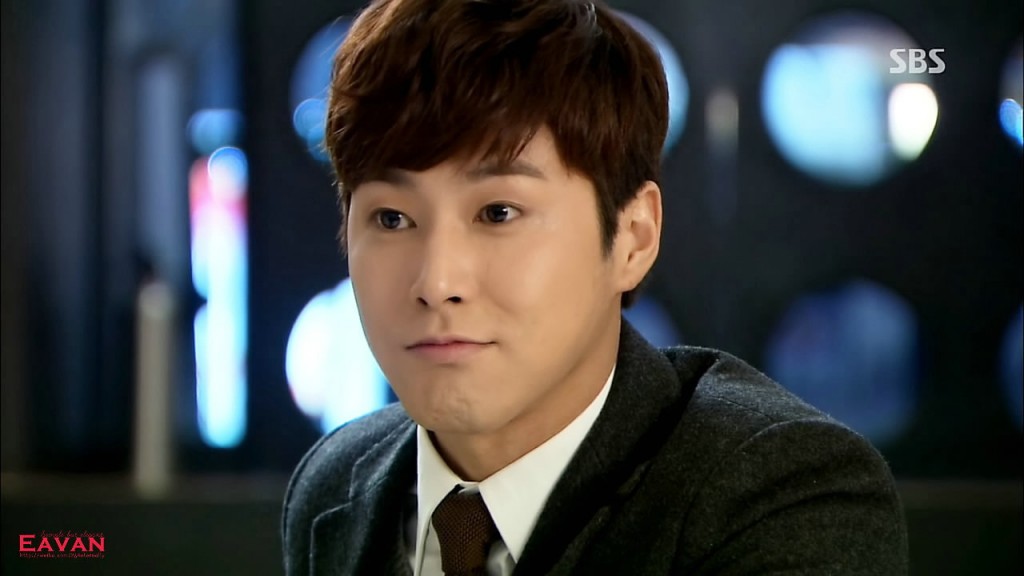 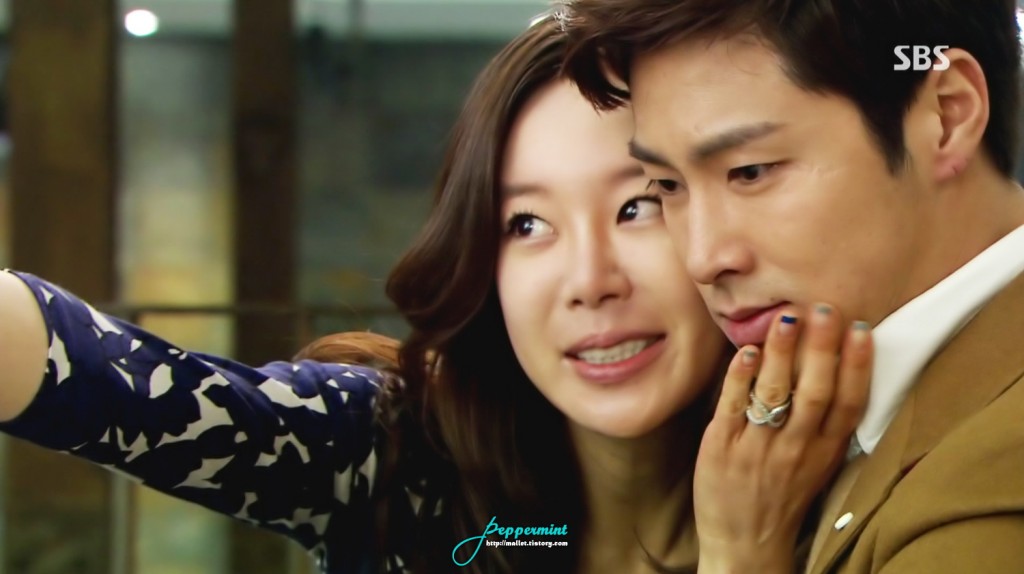 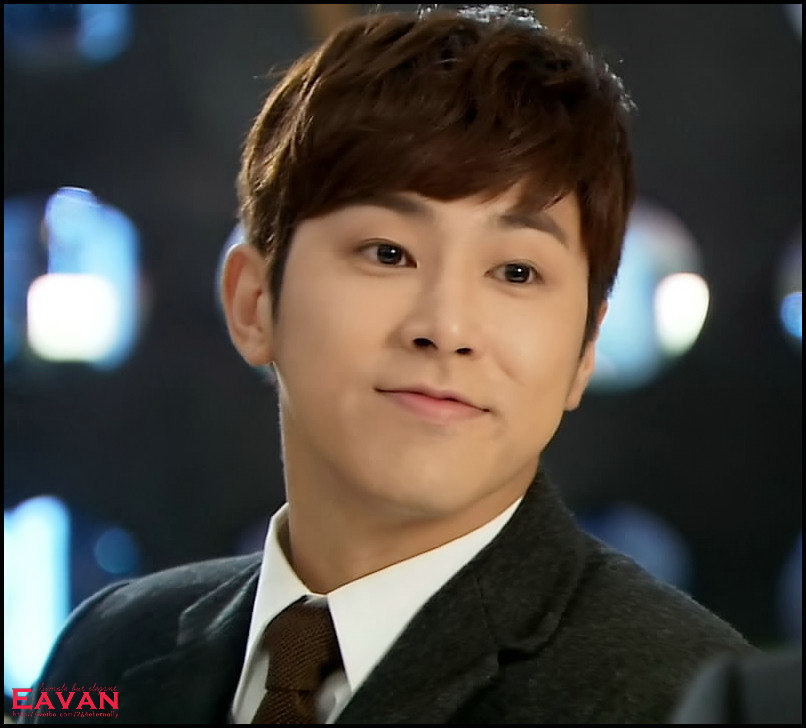 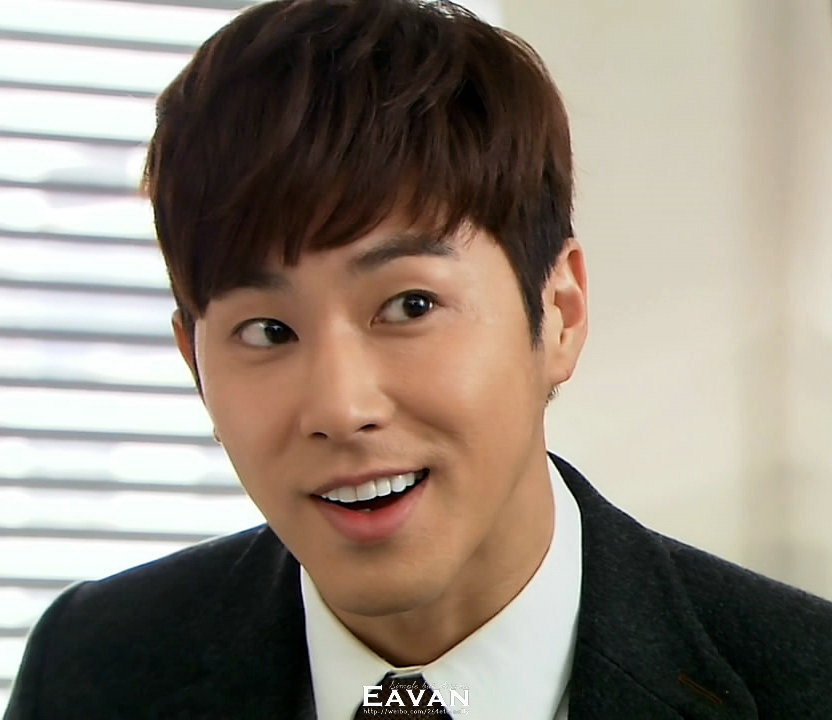 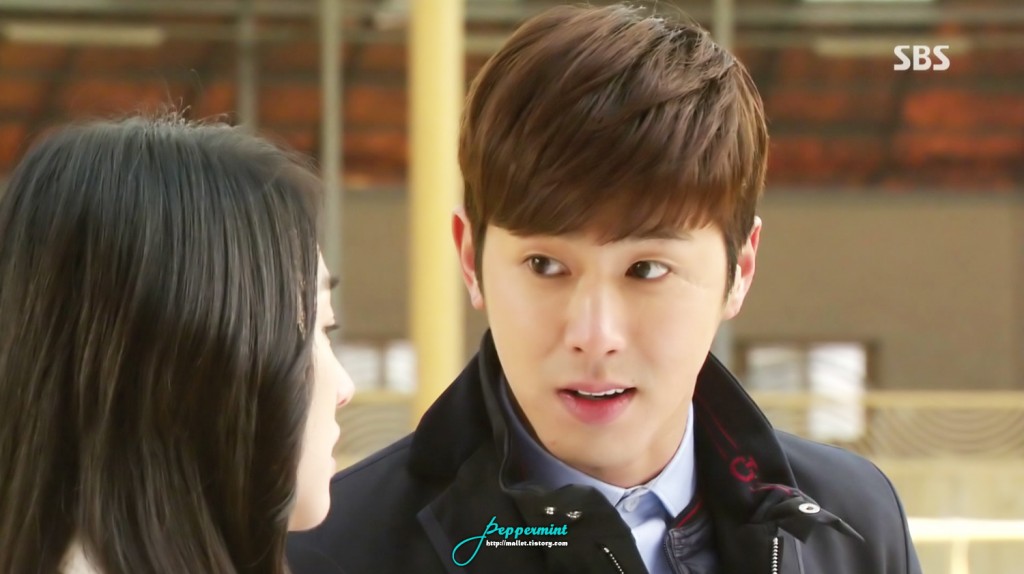 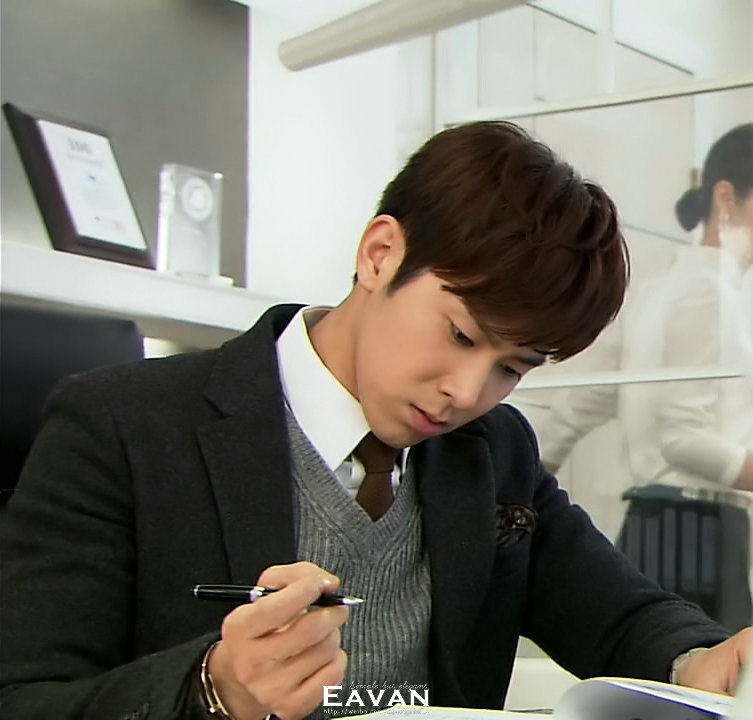 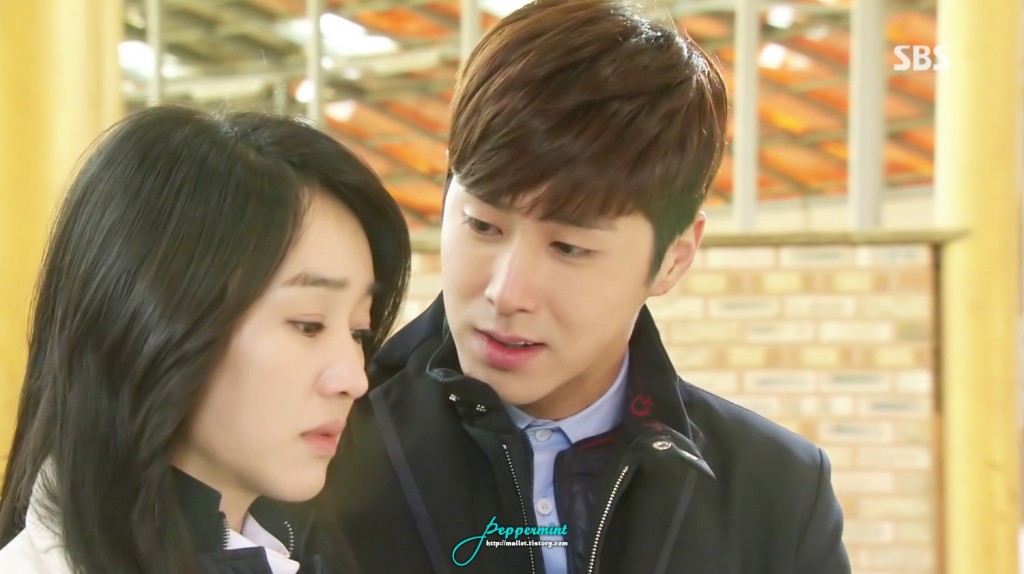 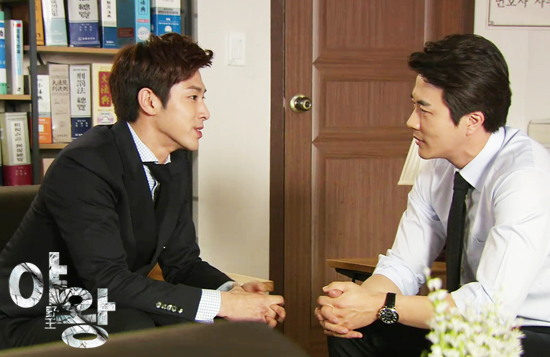 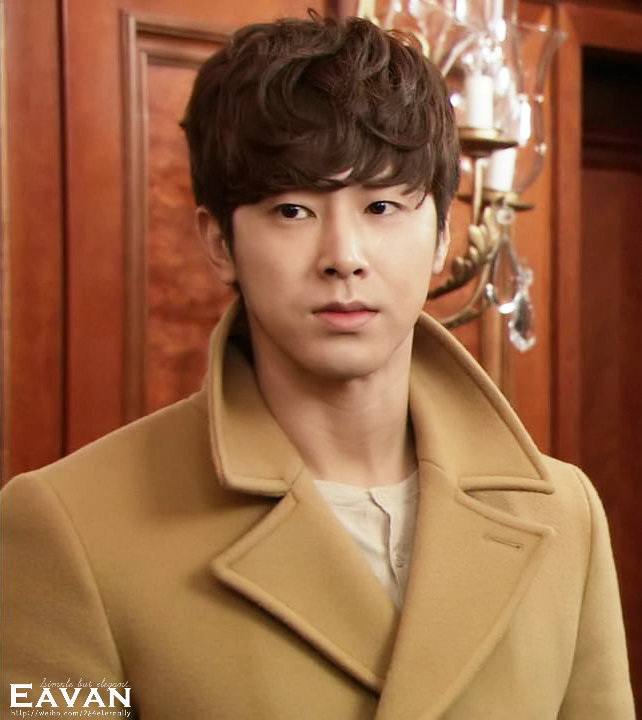 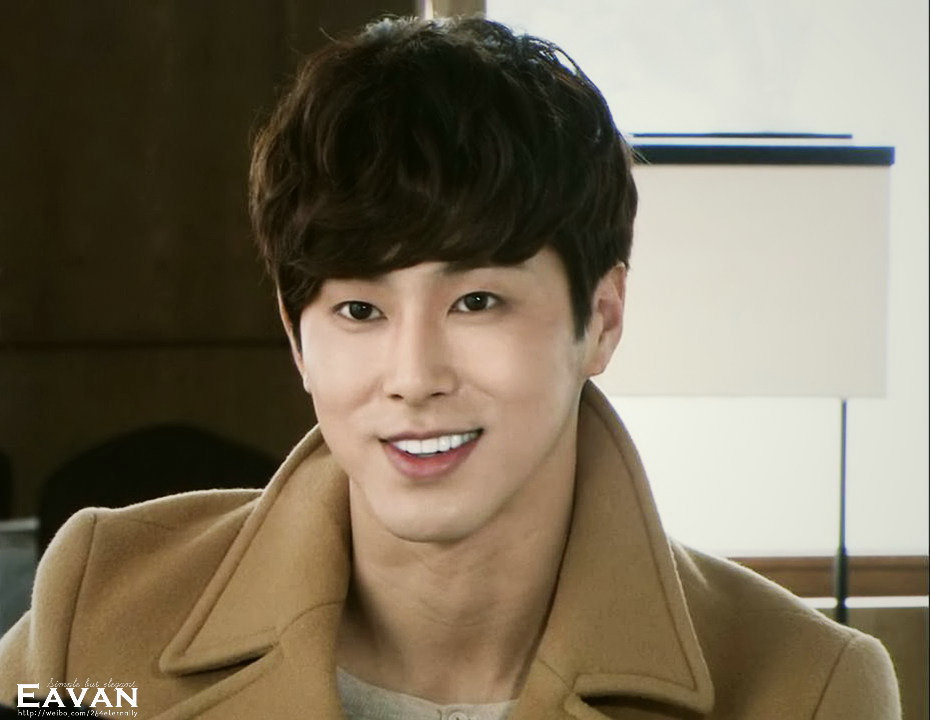 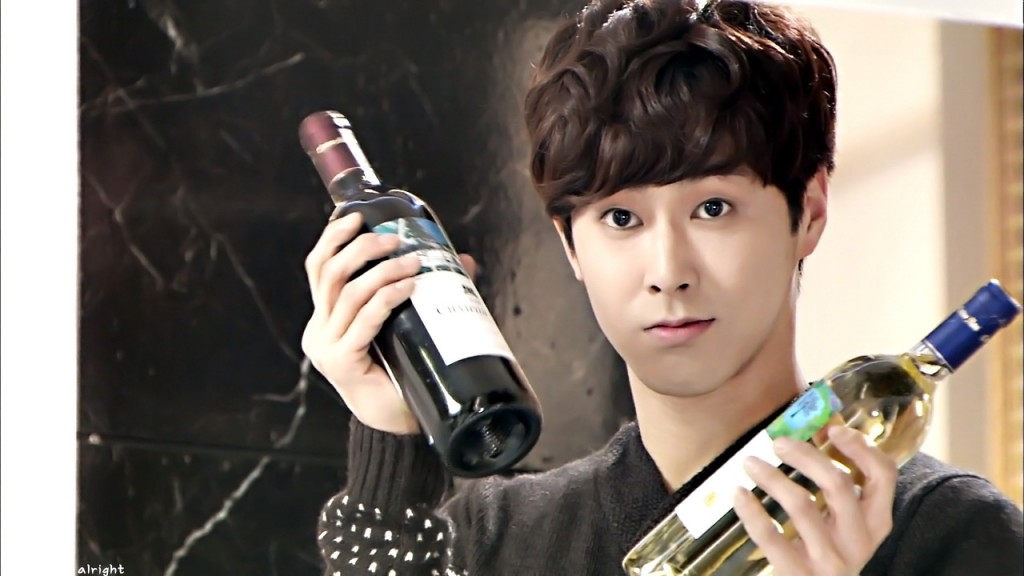 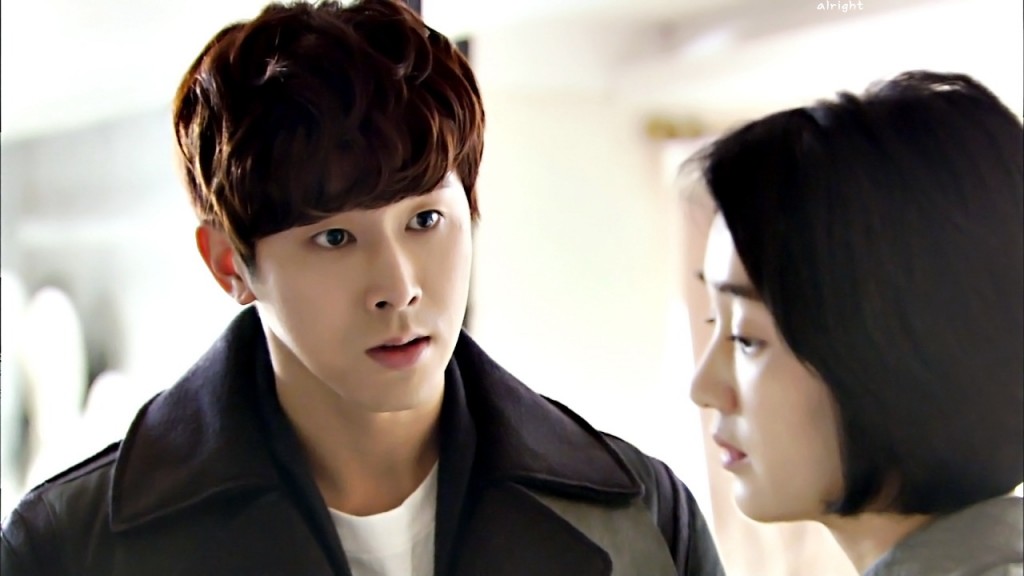 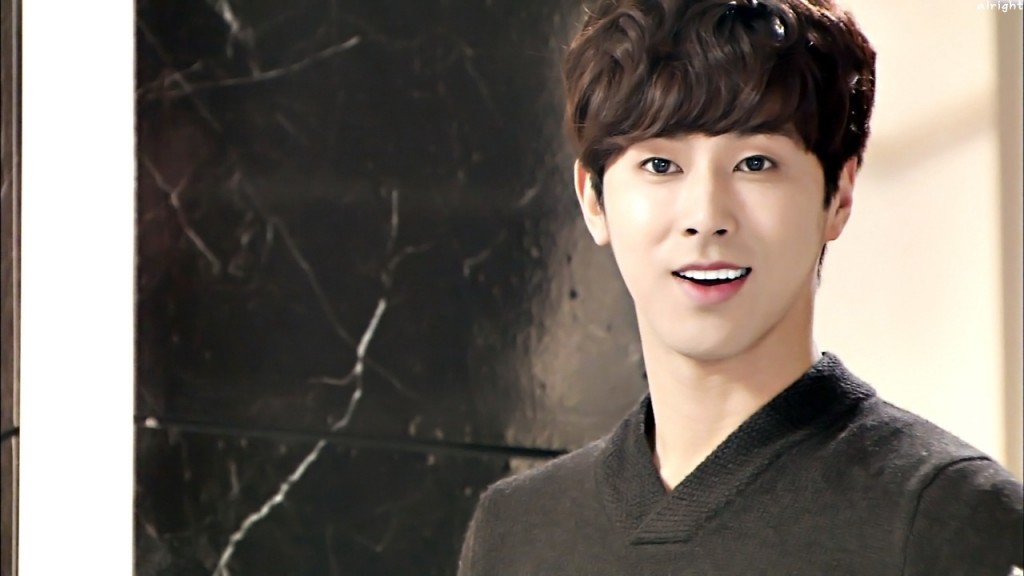 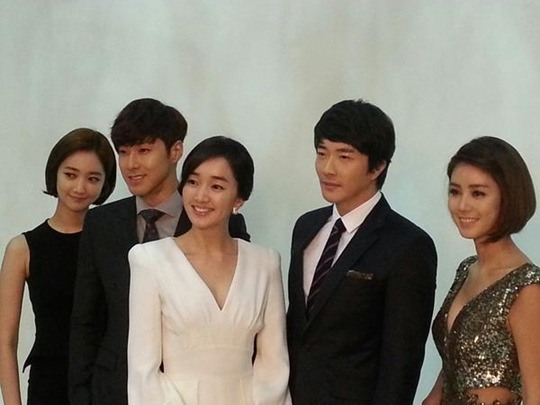 “Oh what a tangled web we weave when first we practice to deceive….”

“When you grow up in extreme poverty, the experience can instill a steely resolve to succeed at all costs. Joo Da Hae (Soo Ae) is determined to leave her life of poverty behind and will stop at nothing until she achieves the wealth and lifestyle she so desires. Ha Ryu (Kwone Sang Woo), who loved Da Hae and would have done anything for her, is used and betrayed by her in her greedy quest. He later becomes a public prosecutor who must bring her down. But the heartless Da Hae, who rises to become First Lady, has plenty of others who will sacrifice themselves at her whim, including the smitten Baek Do Hoon (U-Know Yunho of TVXQ). Can the ruthless Da Hae be stopped before she goes too far? “Queen of Ambition,” also known as “Yawang,” and “Night King,” is a 2013 South Korean drama series directed by Jo Young Kwang and Park Shin Woo and based on the manhwa written by Park In Kwon.”

I admit that I’m a bit behind on my opinion of the new drama “Queen of Ambition” that stars one of my favorite people–Jung Yunho. Yes, this American eo-meo-ni unabashedly proclaims that Yunho is her favorite in this drama. What can I say? Yunho has this boyish charm thing going on that just disarms you from the start. He’s playing sweet naughty, but as this drama progresses I am interested in seeing how Yunho intends to mature the  character of Baek Do Hoon, a hockey enthusiast. I guess that could be up to the producer, writer, and director, but it also the responsibility of the actor to convince the viewers that this role is believable. It’s a bit early to say, but I am enjoying Yunho immensely.

The lead female character Joo Da Hae seems a bit stiff, but this is probably deliberate. After all, she has to portray someone who kills and agrees to cover it up to advance her personal career.. She tends to be judgmental, drawing back from Ha Ryu, her lover and the father of her daughter, when she discovers that he has been providing for the family by working as a male prostitute. She had attempted to go this way years before, and Ha Ryu rescued her and has given up everything–his dignity and his body– to put her through college.

My sympathies are with the young lovers because they lack wisdom, and out of this lack arises a murder cover-up and a life of hiding from Joo Da Hae’s step-brother.

There is also another element present in this drama–the older CEO sister of Baek Do Hoon [Yunho]. Hints have been dropped here and there that seem to indicate that Do Hoon is her son, not her younger brother.

BTW, I am happy to see Ha Ryu’s aunt being portrayed by veteran actress Lee II Hwa. She starred with Jung Yunho in “Heading To The Ground”.  If I’m in error please correct me. 🙂

I will write again after absorbing a few more episodes. This drama is well written, directed and produced.

O.K.  I just absorbed a few more episodes as I promised and My! My! My!. I’m almost speechless, and, if you have been visiting this blog over time you know that is not my norm. This woman is unbelievable. As long as things are looking up she is right with you. As soon as her little imaginary world starts to topple, she’s ready to ditch you and start clinging to the next available rock. What woman deserts her child like this? The Momma Bear in me is starting to snarl!!! This reminds me of Miss Ripley in some respects because both women are manipulators, but I believe Miss Ripley was less mercenary than Joo Da Hae. They both faced loss early in life, and I sympathize with Joo Da Hae concerning the sexual abuse, but even taking her early childhood into account–there is no justification for the way she treats those who love her. She is a formidable enemy, and she has one many-faceted goal in mind–prestige, money, power, and success. Joo Da Hae is driven by fear–fear of being without provision and without love. Somehow she remains a small girl who wants everyone to take care of her, right or wrong. I cried with Ha Ryu, the most loving, naive man possible, when she told him that she knew what he did at his job. He was suffering all of that degradation just to please and provide for her. She gave him disrespect in return.

Right now, this drama is sizzling on the bar-be. There is a volcano poised to blow at any moment and when it does I guarantee you that Joo Da Hae will be safely conniving to be somewhere else.  Let’s see what’s cooking up for next week. In the meantime here are a couple of the Queen of Ambition OST songs to listen to…