[Trans] 130709 Kim Junsu’s Reps Refute Loen, “You Say That We Were Still Only In The Discussion Process?”

Through an official letter of plea on the 9th of July, C-JeS Entertainment stated, “On the 8th of July, six days till the release of XIA (Junsu)’s second solo album, we received a unilateral notification from the album’s distribution company Loen Entertainment.”

According to C-JeS, Loen has cancelled all verbal agreements made in the past two months, and unilaterally notified the agency that they would still distribute the album online and offline, but would nullify all other promotional marketing strategies. The crux of the controversy is the broadcast of the singer’s showcase, which is set to be attended by Melon users, on MelonTV. Loen is said to have notified C-JeS that the event would be broadcasted live on LoenTV, but would be impossible to disclose on Melon.

To Newsen, Loen made a clarification and stated, “Regarding Kim Junsu’s showcase, C-JeS and Loen had not yet completed and signed a contract. This problem has arisen in the final stages of discussions between the two parties.”

They continued to reveal, “Many statements conditions and requests have been said between the two parties in the discussion process of the contract. C-JeS poster their letter of plea in the middle so such a process, and their statement that Loen unilaterally notified C-JeS of the nullification of promotional marketing strategies is completely false. A final decision on the contract hadn’t even been made yet.”

Regarding this, a representative of C-JeS Entertainment refuted, “After receiving a sudden notification on the 8th, six days before the showcase, we sent Loen an official statement outlining our stance. We clearly stated that we would release a letter of plea to the public if Loen did not give us a reply. However, we were met with silence. Loen’s representatives keep saying that we were still in the discussion process and had yet to sign a contract, but they had already taken reservations for the album and had already begun receiving applicants for their showcase event. If we had not come to a decision, then wouldn’t it have been right to wait till we had before they went through these processes?”

Regarding the problematic showcase controversy, Loen stated, “If we had really nullified our promotional marketing strategies as C-JeS claims, information regarding Junsu’s showcase and its related event’s page would have been taken down from Melon’s homepage, but as netizens can see, the page is still open and fully functioning. The list of people who are chosen to attend the showcase will be released on Thursday (July 11th) as planned.”

However, Kim Junsu’s representatives stated, “Kim Junsu has a packed schedule planned, which includes going overseas to film a CF, as well as a concert in Thailand. However, the reason why we decided to hold this showcase was to introduce Kim Junsu’s music to the public. We prepared this free-of-charge showcase because we wanted to show Kim Junsu’s performance to the public through MelonTV because broadcasted activities are difficult for us.”

They also added, “This is a showcase our agency is paying for, but if it cannot be aired on MelonTV, there is no reason for the showcase to only be open to Melon users. We have requested a reply to this from Loen by tonight (July 9th). If this problem is not resolved by then, our agency will take the initiative to invite fans ourselves, and it would only be right for the Melon users event to be cancelled.” 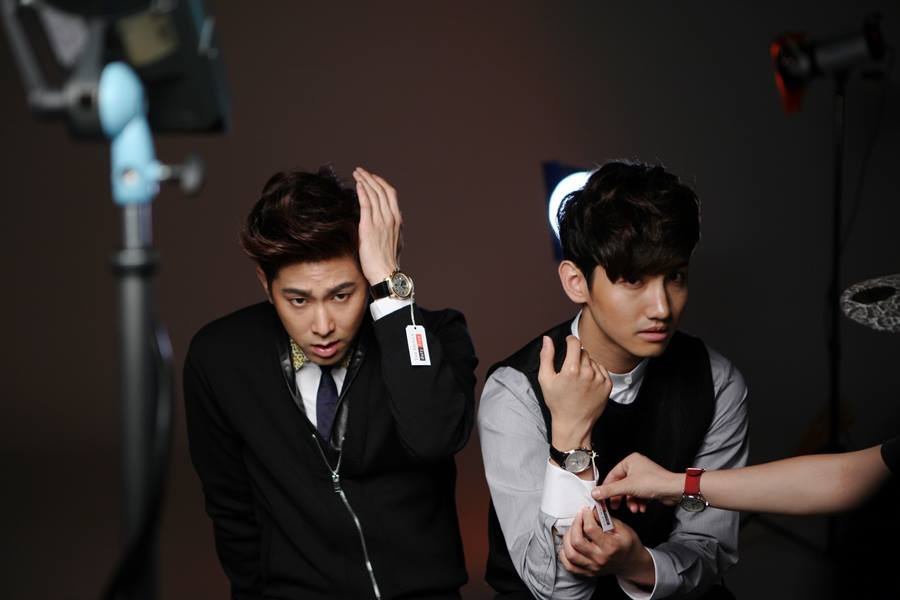 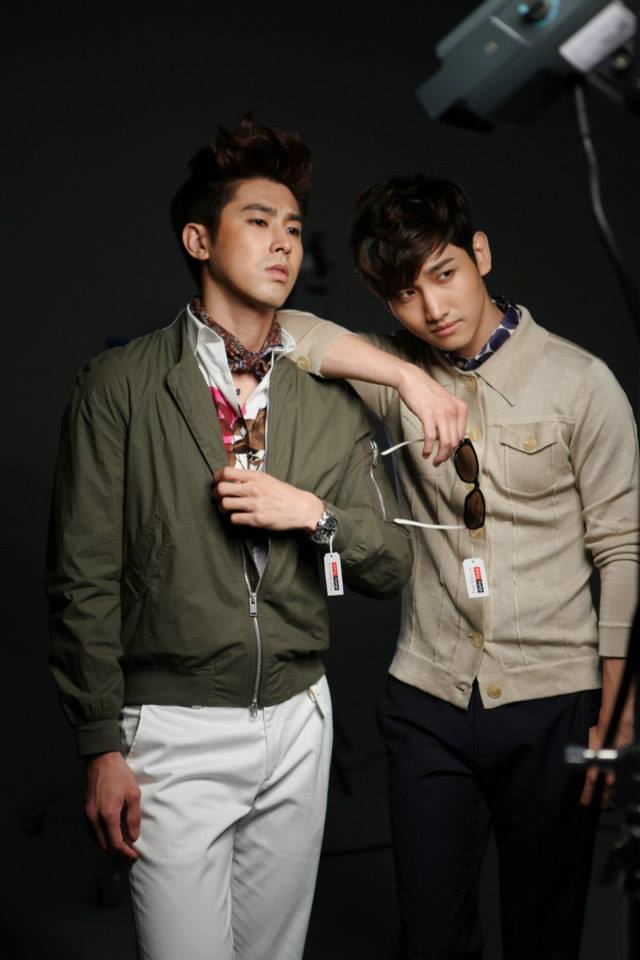 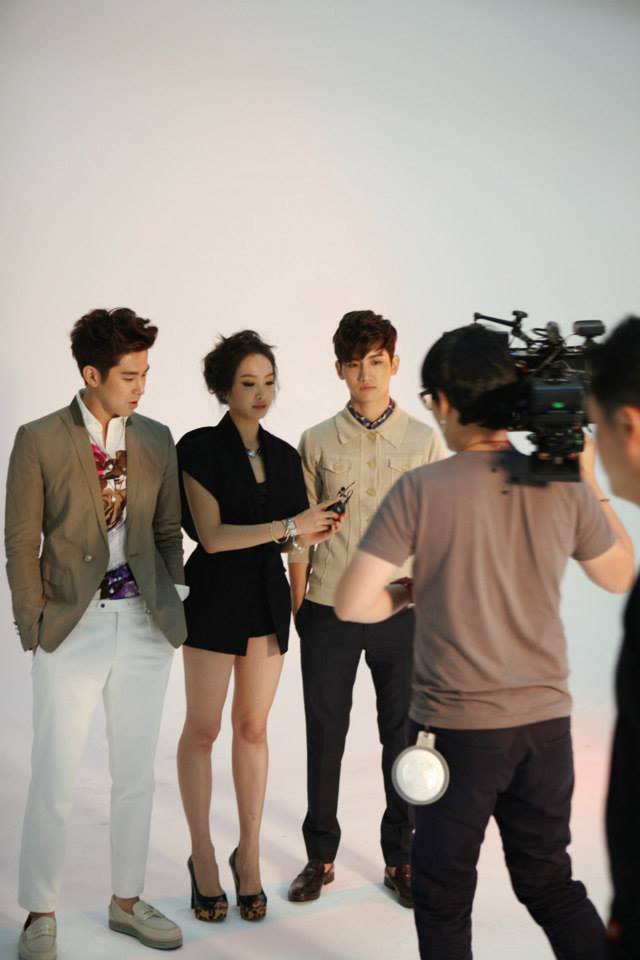 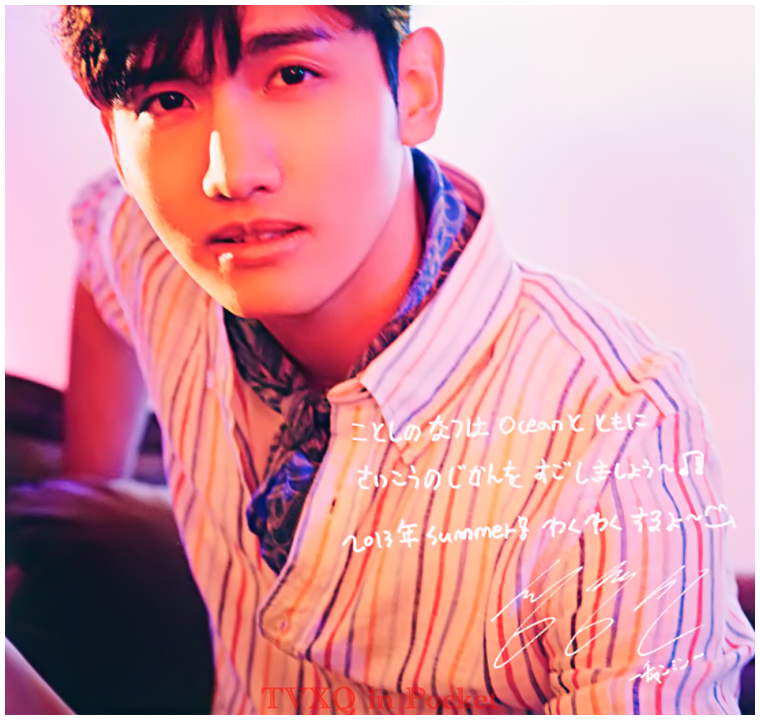 Enjoy this summer to the most with Ocean! 2013 summer is exciting~^^
-Changmin 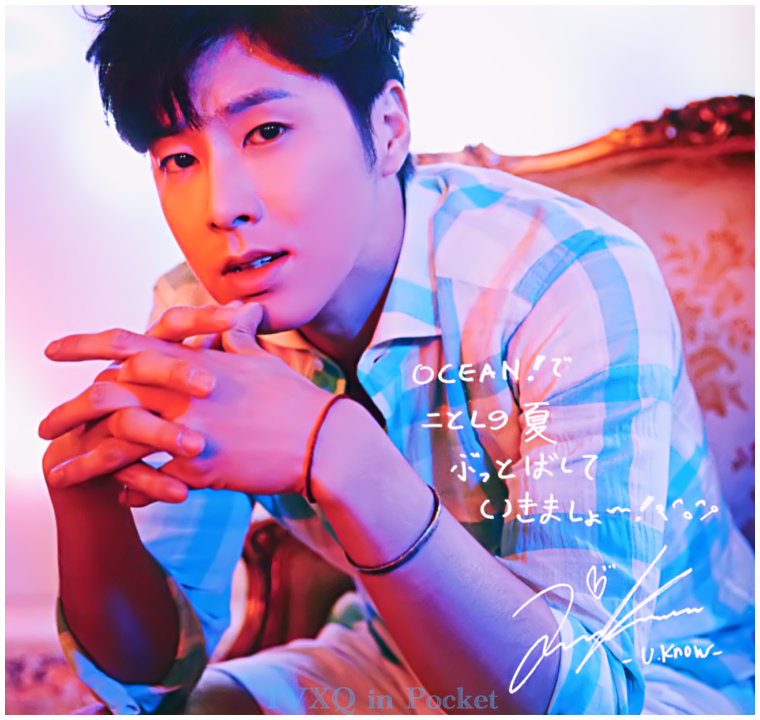 Let’s have a blast this summer with Ocean!
-Yunho 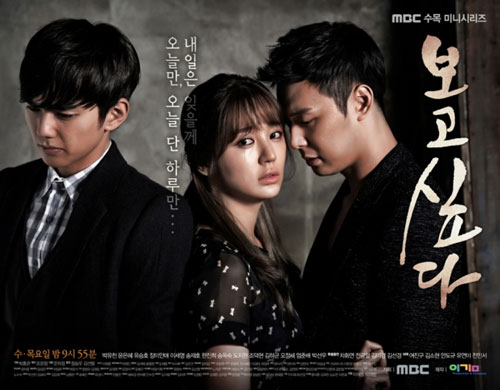 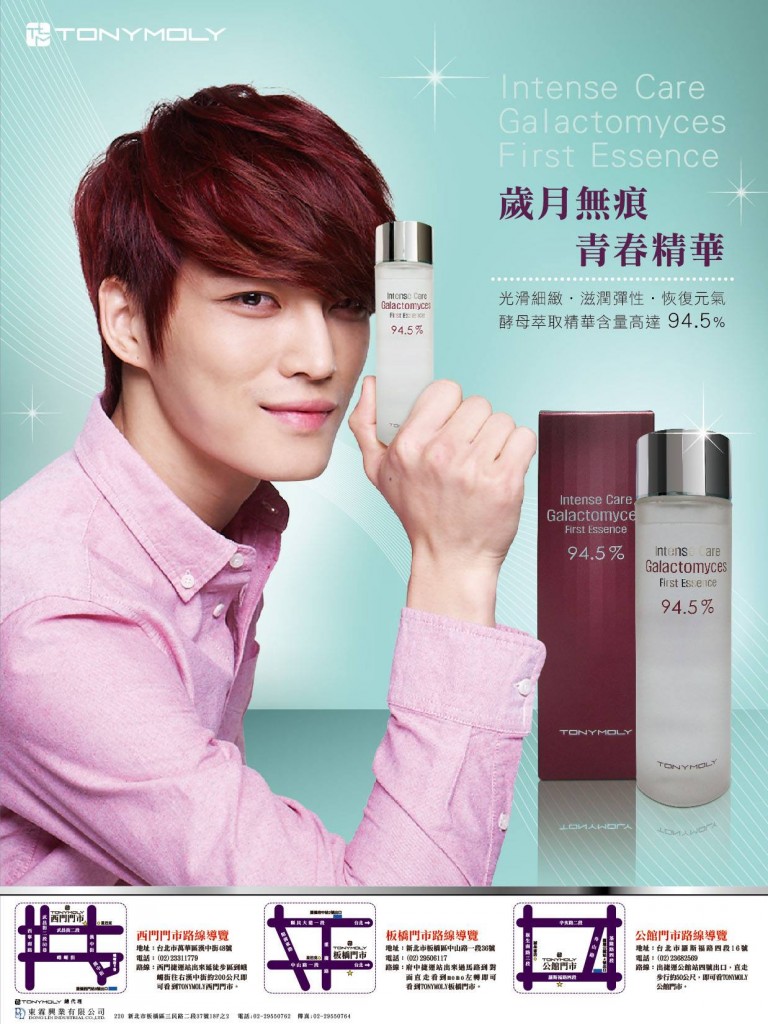 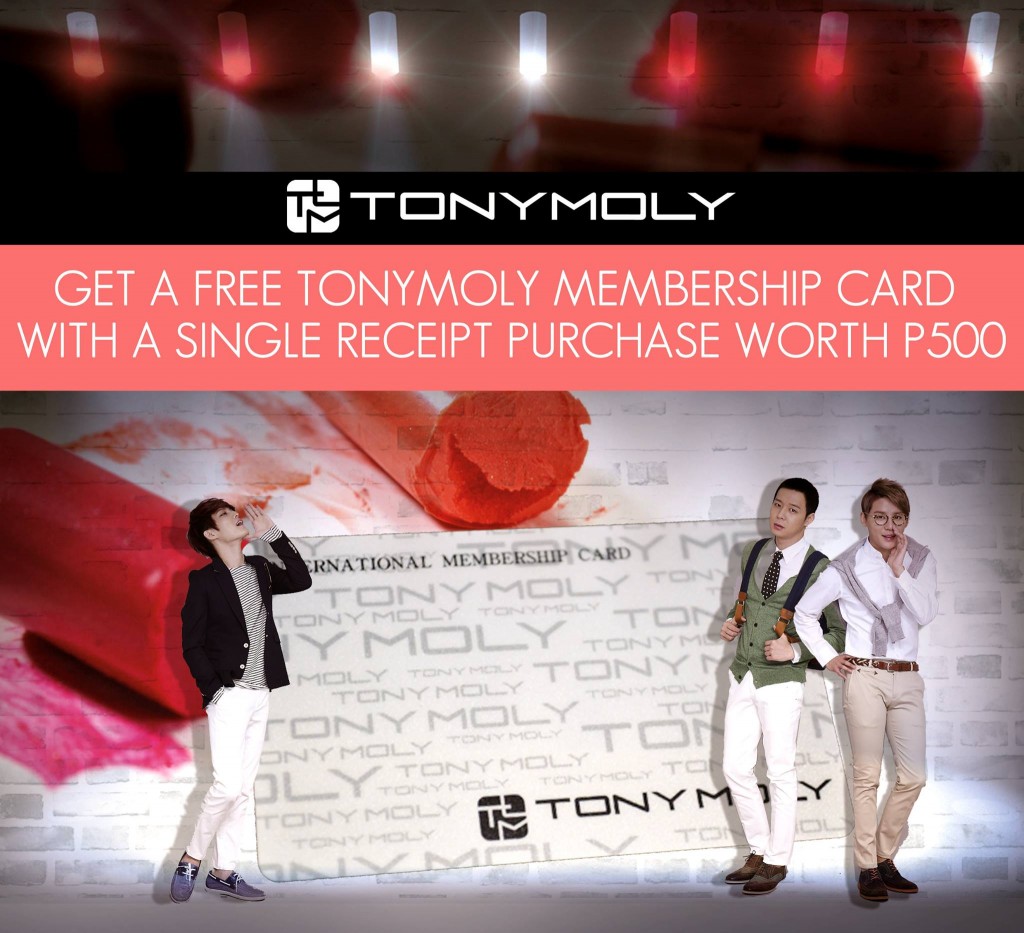 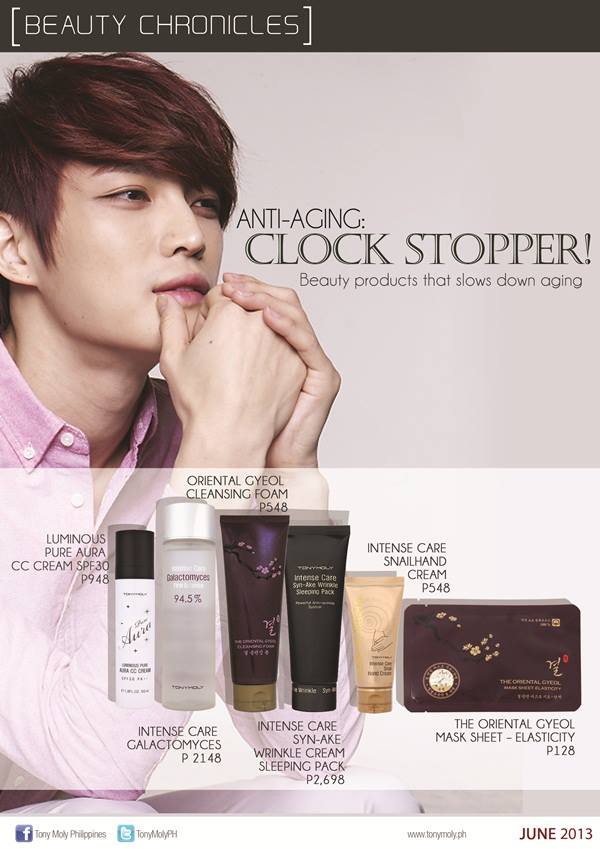 TVXQ’s new Japanese song ‘Wedding Dress’ has been chosen as a theme song for a Japanese drama.

According to local media, ‘Wedding Dress’, a track from TVXQ’s 37th Japanese single, has been chosen as the theme song of BeeTV’s ‘The Greatest Proposal’.

‘The Greatest Proposal’ in a drama that shows the four main characters proposing to their significant others and will begin airing on the 20th on BeeTV.

TVXQ’s ‘Wedding Dress’ is a track from the group’s upcoming single ‘OCEAN’ and is a medium-tempo song that depicts the emotions a man feels for his wife-to-be.

Meanwhile, TVXQ have become the first non-Japanese Asian group to hold a 5 Dome Tour in Japan and their new Japanese single ‘OCEAN’ will be released in June. 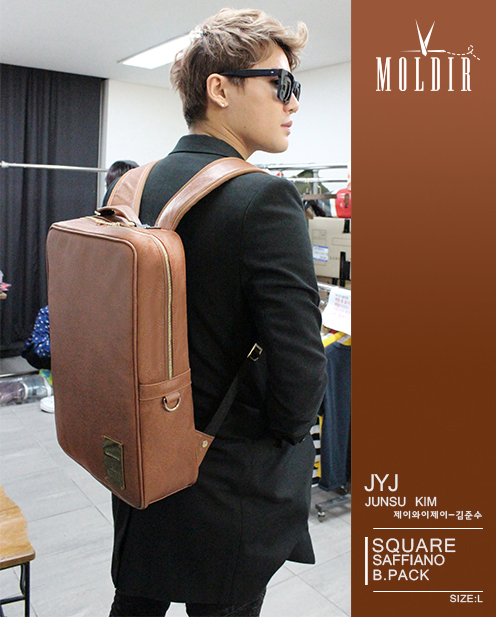 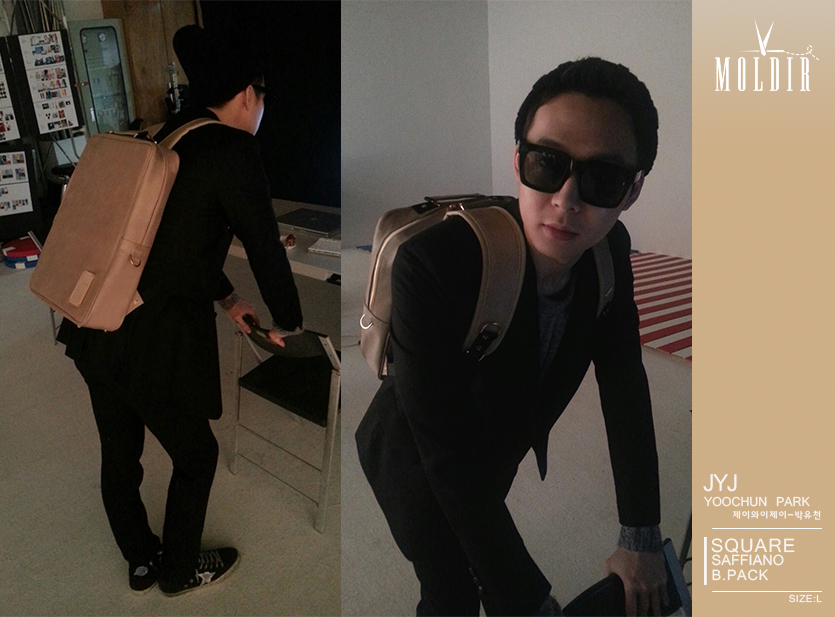 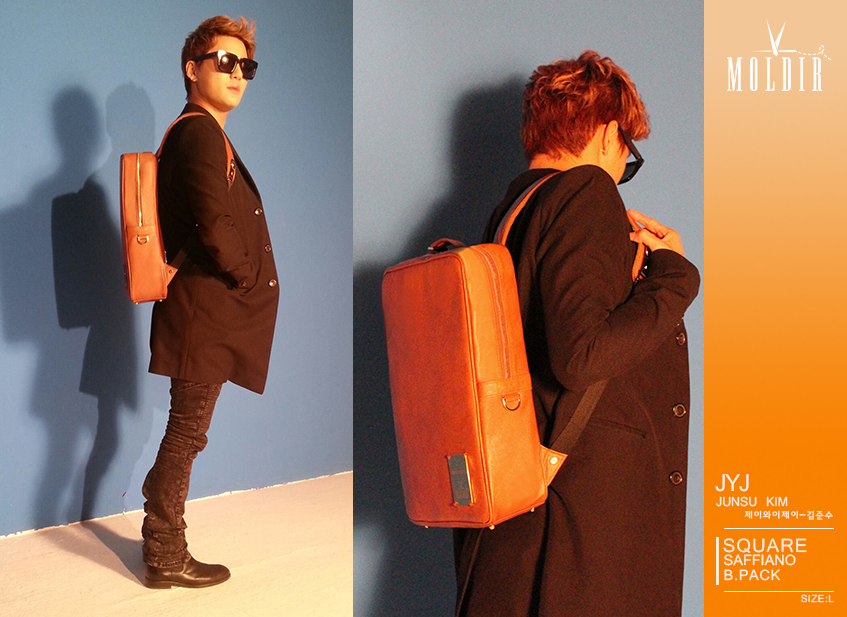 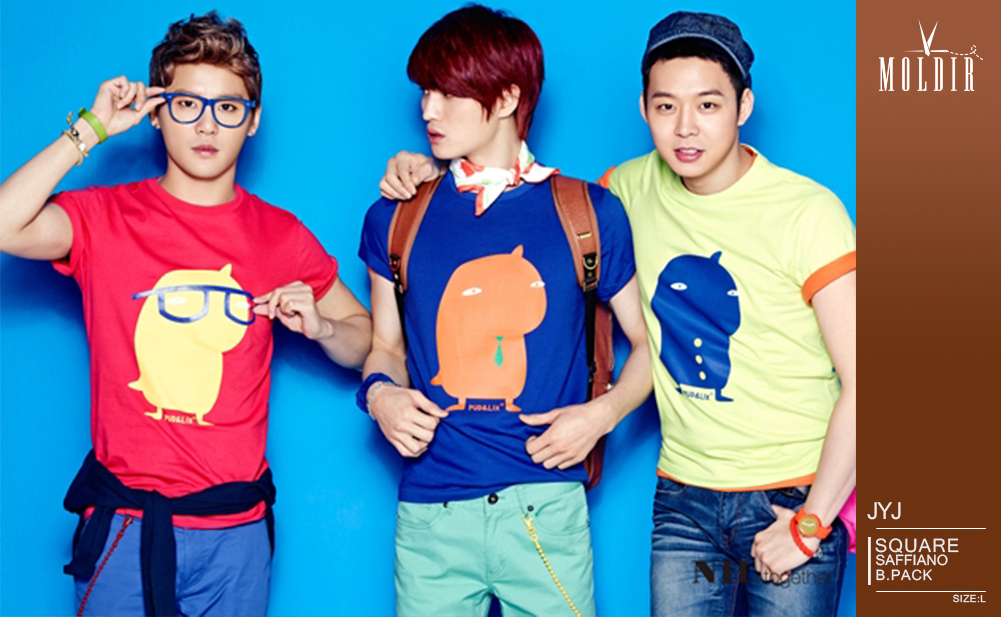 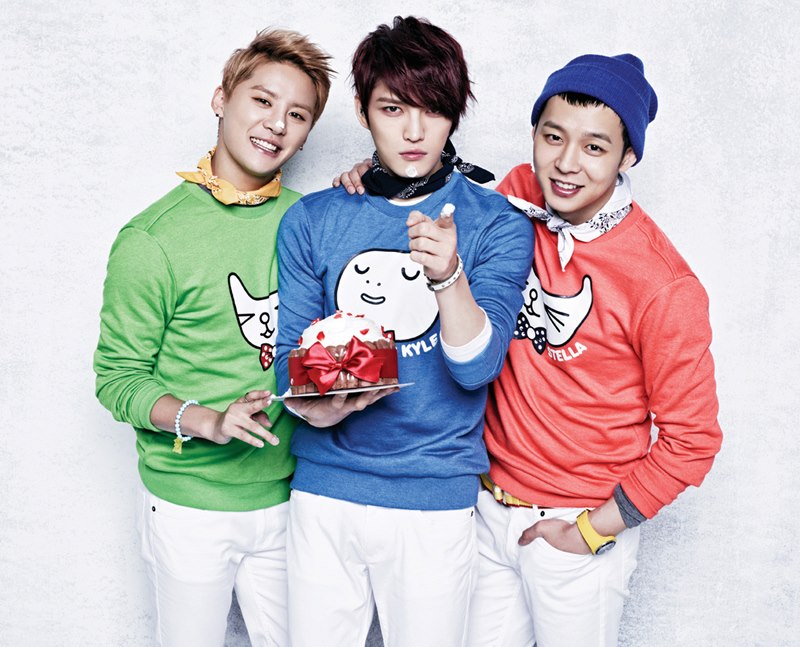 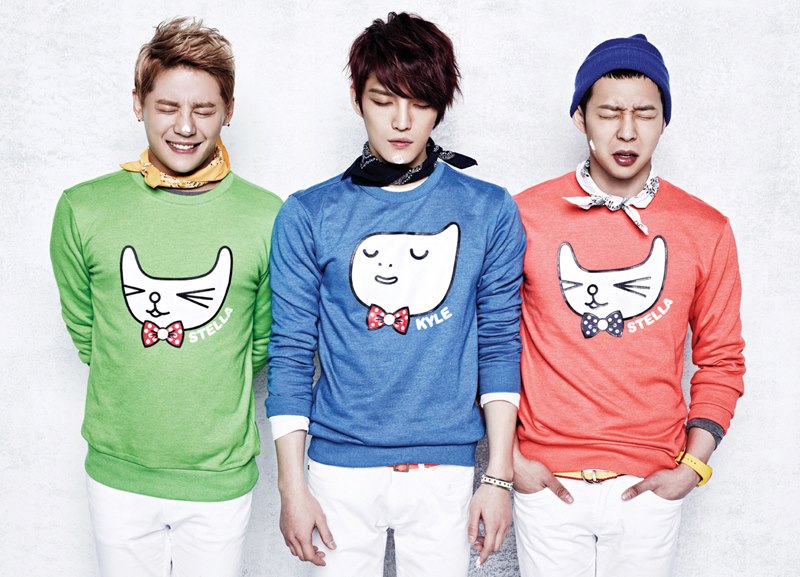 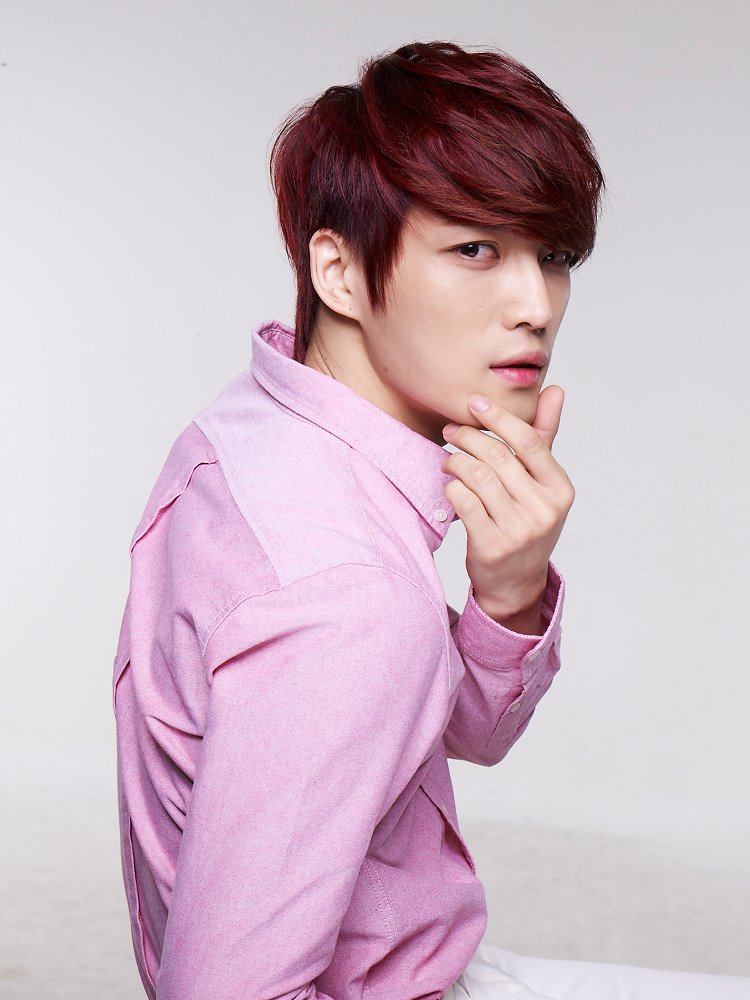 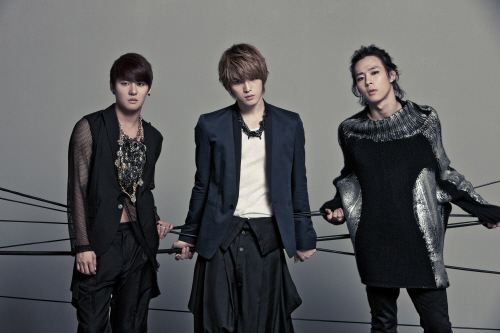 JYJ have been selected as the honorary ambassadors for the ‘2014 Incheon Asian Games‘.

The Asian Games Committee stated, “In order to raise awareness for the Asian Games throughout all of Asia, we have selected JYJ to promote the games with us.”

JYJ completed their world tour in 2011 and 2012, touring 15 cities and performing for 210,000 fans. They’ve previously worked with UNAIDS in Asia as its regional goodwill ambassadors and promoted nuclear safety and awareness for the ‘2012 Seoul Nuclear Security Summit‘.

Kim Young Soo, the head of the organizing committee, stated, “JYJ’s international popularity will add to the success of the Asian Games.”

JYJ will be inaugurated as ambassadors on February 20th. 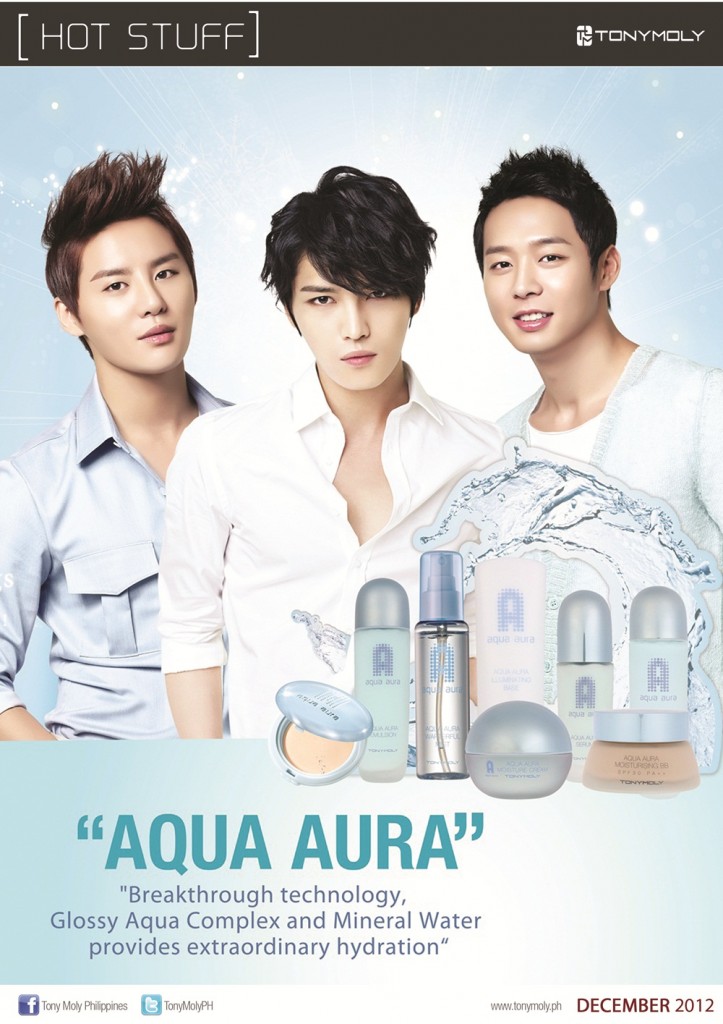 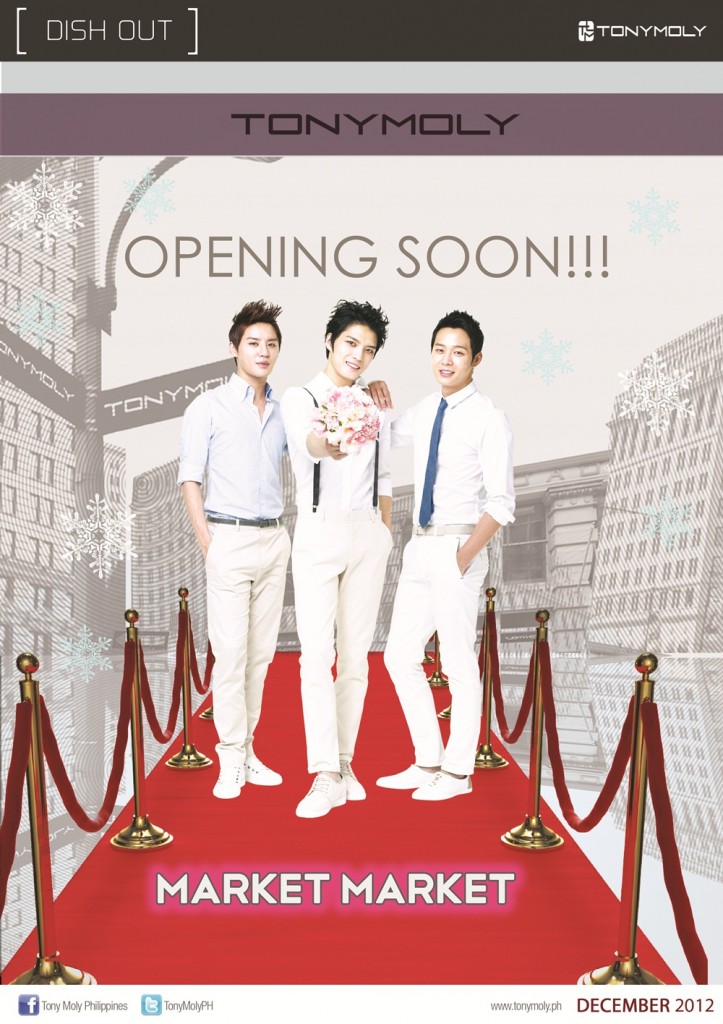 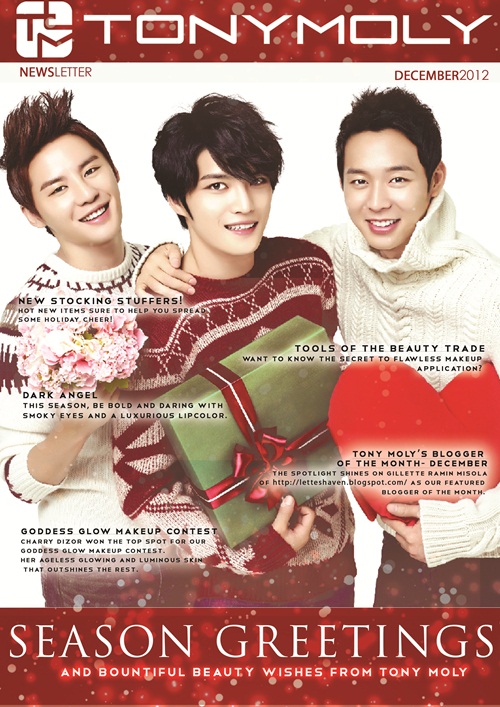 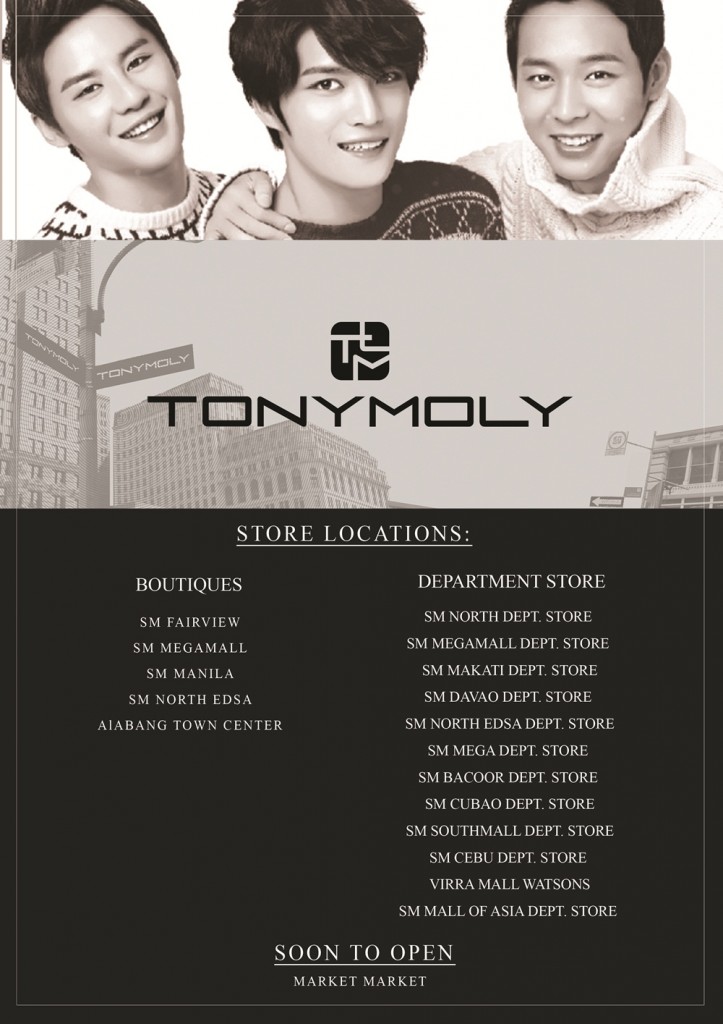 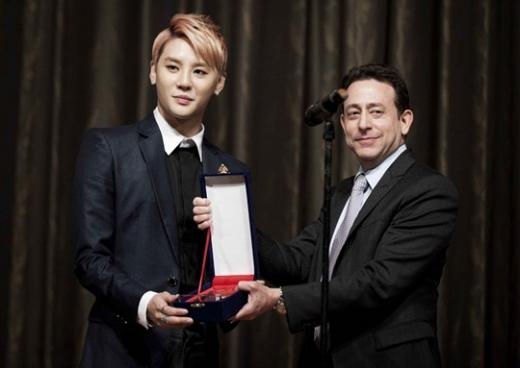 JYJ’s Kim Jun Su was recently awarded for promoting Korea to the world.

According to JYJ’s agency, C-JeS Entertainment, on December 8, Kim was awarded for promoting Korea at the Seoul Foreign Press Club Year End Event, which was held on December 7 at the Lotte Hotel in Seoul.

Over three hundred people, including, international ambassadors, foreign press, and government officials attended the event and congratulated Kim on his award.

Kim was recognized for promoting Korea by going on a successful world tour in Asia, the Americas, North America, and Europe.

Kim said, “I’m happy to receive the award after completing my world tour. I will work harder as a musician.”

Kim is currently preparing for the ’2012 Xia Ballad & Musical Concert With Orchestra.’